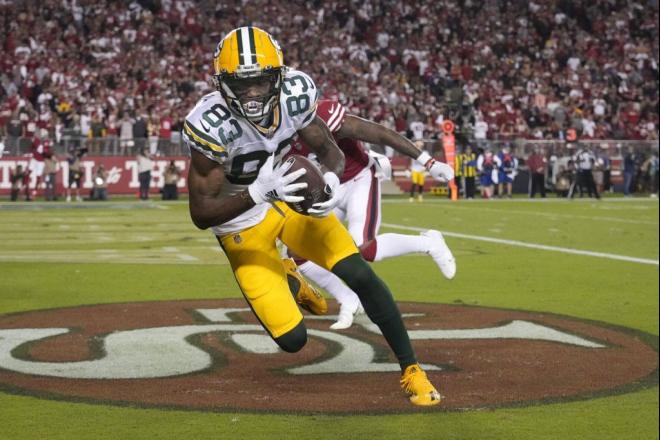 Here we are in the last week of most fantasy football leagues. For some of you, you now have to win every match going forward. Some of you have procured a playoff berth, but are trying to get or hang onto a bye week. And some of you just have a grudge match against the team that knocked you out of the playoffs last year.

Here are my weekly lineup recommendations from the waiver wire based on players rostered in less than 50% of leagues and half-point PPR scoring.

Hill is buoyed by his rushing floor after scampering for 101 yards v. the Cowboys. Passing wise, Hill can’t throw 4 INTs in a game again, right?  I mean it’s the Jets -- they have 4 INTs all season long.

Heinicke has tossed TDs in 7 straight games and should need to throw more than the last few weeks to keep up with the rival Cowboys’ Offense.  Hopefully Heinicke avoids interception machine Trevon Diggs.

Hilliard and Foreman’s usage depends on Jeremy McNichols returning from the concussion which has kept him sideline for the last 11 weeks. If no McNichols then they are playable on an offense depleted of its starting playmakers. If McNichols returns then a 3 headed back field might be too much unless the Titans decided to run some wing-t triple option.

If he returns after missing week 13 with an illness

McKissic was Knocked out of the game against the Seahawks in Week 12 and missed Week 13.  If he returns then, his route running prowess will be counted on by Heinicke against the Cowboys.

Marquez Valdes-Scantling, Packers v. Bears (Yahoo 18%, ESPN 9%, Sleeper 27%)
The Bears are allowing a little over a TD per game to WRs (5th worst) and 14.1 yards per catch (5th worst) a recipe which sets up nicely for Aaron Rogers’ deep ball target.

Opportunity = potential and Gage enters Week 14 after seeing 8, 3, 8, 7, and 12 targets.  Teams tend to run against the Panthers but they are allowing a TD a game to WRs this season.

Adam Thielen exited Sunday's match up with an ankle injury and Osborn, who had been quiet since his mini break out during the first 2 weeks of the season, saw 7 targets and nabbed a TD.  Osborn should expect to see similar volume in Week 14 against the Steelers.

Conklin saw 9 targets in Week 13 after Thielen’s exit.  Fast forward to Week 14, we know Conklin will be on the field at least 80% of the time and we’d hope his red zone prospects rise if Thielen sits.

Kmet saw another 7 targets in Week 13 and in Week 6 against the Packers he caught 4 balls for 49 yards. The Packers are giving up 5.17 catches a game to TEs (11th worst).

Engram has seen 5, 6, and 5 targets over the last 3 games and the Chargers have given up TDs to TEs in 8 of 12 games this season.