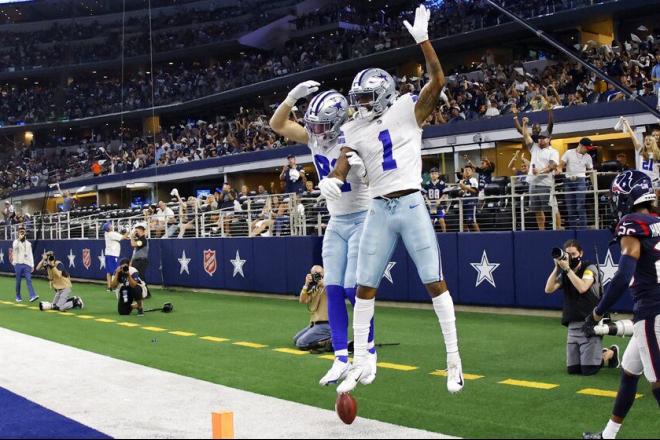 We are getting down to the nitty gritty of the fantasy season. Every week matters whether you’re trying to lock up your playoff spot or just trying to ruin someone else's dream of fantasy glory… It's the home stretch! Here are 5 players you should target heading into Week 12.

If you’re looking for a bye week replacement, Tyrod Taylor might be your best bet. In his first game back coming off injury he led the Texans to a major upset over the red hot Titans. Taylor didn’t do much through the air, however, he scored two rushing touchdowns, a major bonus for standard scoring leagues. With a plus matchup against the Jets, Taylor is a great streaming option.

Generally a reliable PPR RB, Johnson looks to have a major uptick in workload following the injury to Michael Carter. The only other option the Jets have is Tevin Coleman, who has been consistently out-snapped by Johnson all year. Johnson is a must add this week going into a matchup against a generous Texans defense.

Targeted 10 times and clearly one guy that Aaron Rodgers wants to push the ball down field to, Valdes-Scantling is a great pick up this late in the season. Valdes-Scantling's ceiling is unfortunately capped by the health of Allen Lazard, who missed last week's game with a shoulder injury. Should Lazard be available again, consider Valdes-Scantling a WR3/Flex option.

With Amari Cooper and CeeDee Lamb out for Thursday’s matchup, Cedrick Wilson has a big opportunity opposite Michael Gallup. Despite the last two weeks, this offense is high-powered and Wilson should put up solid numbers on Thanksgiving day.

The Browns will travel to Baltimore this weekend for a Sunday Night matchup against the Ravens. With tight ends like Travis Kelce and Zach Ertz on byes, Hooper could be a great fill in. Over his last two games Hooper has had 12 targets, 8 receptions, 78 yards and one touchdown. I’m not promising you’ll get anything amazing out of him, but if you need a replacement or a streamer, Hooper is as good as it’ll get.