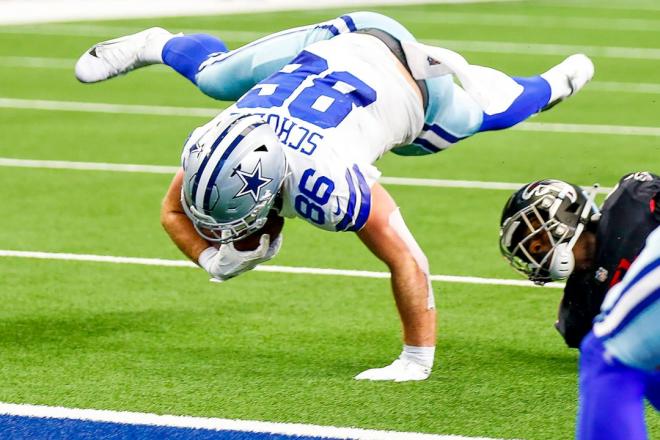 NFL: 3 Sleepers to Insert Into Your Lineup

While Blake Jarwin is considered the Cowboys' premier tight end, he's been hampered by injuries over the past couple of seasons.

And with 424 yards on 37 receptions and 3 TD's. he's on pace to eclipse those numbers in 2021. He will continue to be targeted whether Jarwin plays, or not.

The former Oklahoma State standout proved to be a capable fill-in while Christian McCaffrey was out with a hamstring injury.

The 6' 1" Canadian will continue to get his share of reps as the Panthers work McCaffrey back into the lineup, and will figure in regularly as the back brought in to spell off number 22 as he gets back into game shape.

Not many people knew who Gore was before the season began, and no, he isn't related to future Hall of Fame running back Frank Gore.

Showing a good blend of speed, power and elusiveness, the 5' 10", 212-pound Gore rushed for 48 yards on 11 carries against the Giants on November 1.

He followed that up with 13 yards on three carries the following week against Green Bay, reinforcing that he has the ability to produce when given the chance. With Clyde Edwards-Helaire still on the shelf, he will get plenty of chances to carry the pigskin in the coming weeks.