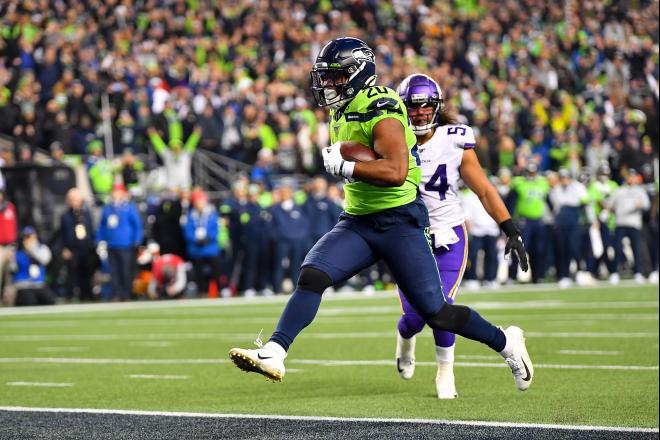 Week 7 is here, the season is flying by! I don't remember a season where there has been a consistent pool of talent to choose from on waivers week in and week out. With that being said, hopefully you’ve been reading my articles. Last week 4 of 6 players I recommended scored touchdowns. Kadarius Toney was off to a hot start before reaggravating his ankle, and Amon-Ra St. Brown… well… he’s dealing with Jared Goof, I mean Goff.

Here are 6 players to target heading into Week 7!

With Kareem Hunt to be sidelined for multiple weeks due to a calf injury, look for Demetric Felton to take over the pass catching/change of pace duties for the Browns. Felton has shown flashes of big play potential this season in his limited touches, and in formats like Sleeper has even gained WR status, giving you an option to put him in the RB, WR, or Flex positions in your roster. Felton is a must add in every format as the Browns offense is built around their backs.

The situation with Nick Chubb needs to be monitored before inserting D’Ernest Johnson into any lineups, but he is certainly worth the add based on the injury to Kareem Hunt. In my opinion, if Chubb is unable to go this week against the Broncos, Johnson would seemingly be in line to take most of the early down and goal line work from Demetric Felton. Johnson is no stranger to this offense and would be a mid to low RB2, high-end Flex if Chubb is unable to go.

This carousel of backs is almost impossible to predict. Latavius Murray has been the main guy since Week 3 and had another solid outing this past weekend against the Chargers. However, Murray, Le’Veon Bell, and Freeman were all involved and all found the end zone. With Murray’s status unclear for next week, grab Freeman as he has been the most impressive of the bunch.

Every season since he’s been drafted I’ve grabbed Penny. Why? He’s been nothing but injured since he’s been drafted, yet the Seahawks keep him on the roster despite carrying 4 other backs. I feel like this might be Penny's coming out party on Monday night against the Saints. Injuries to Chris Carson and Alex Collins may finally allow Penny to hit the scene.

Making his season debut this past week, Hilton grabbed 4 passes on 4 targets for 80 yards. Worth noting is that Michael Pittman had one of his lowest targeted games this season (3). Carson Wentz has been playing well… grab Hilton.

I don’t have much here for you to read. All you need to know is Seals-Jones has had 15 targets in his last 2 games, leading to 9 catches, 99 yards, and 1 score. At the thinnest position in fantasy football, Seals-Jones is a great option.