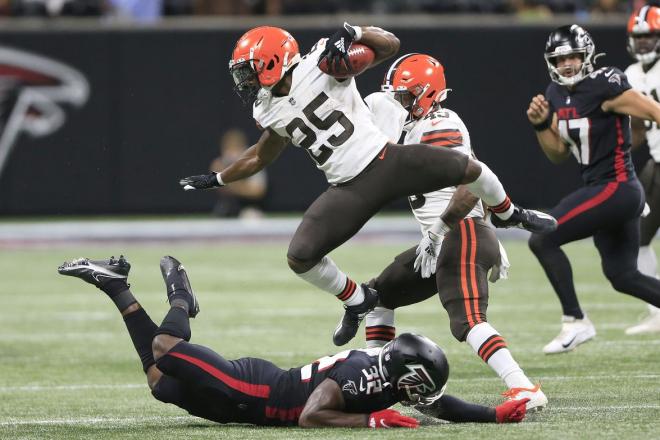 This had been a great year of very competitive football, with a record number of game-winning drives with 2-minutes or less left to play through the first five weeks. So to my surprise it was an unexpectedly boring weekend of football. Half the games on Sunday were absolute blowouts and only 4 of the 12 games on Sunday finished as one score games. A good thing that came from the boring games was also a big lack in the injury department. So sit with me as I run down the short list, forward-looking into next week.

Two weeks ago the Football team was a little banged up and I suggested that you pick up JD McKissic as a solid flex play. Well he’s owned in less leagues now than when I said that and his target share has gone through the roof. Now McKissic has had three double-digit performances, and after a 10-target game against the Chiefs I will reiterate what I said two weeks ago. JD McKissic is a must start flex. Antonio Gibson should be fine in the long run but he did injure his calf and could see less playing time next week. With another matchup against a potent offense, the Packers, the Football team will need to lean on their offense again as their defense has given up over 30 points per game this season. Start JD with confidence in PPR leagues against a poor Packers Defense.

Undoubtedly the biggest injury of the weekend was Kareem Hunt. He was placed on IR due to a calf injury and will miss at least three weeks. With Chubb out this week Hunt got all but 2 carries during Sundays blowout loss to the Cardinals. Nick Chubb is still dealing with an ankle injury but has a strong possibility to play Thursday night at home against the Broncos. If Chubb can’t suit up Thursday the Browns will be left with Demetric Felton and D’Ernest Johnson as their only tail backs. Felton has been involved in the passing game this season and he is my clear choice for a pickup above Johnson due to him being a dual threat. If Chubb is unable to play Felton jumps into Flex play conversation.

Odell Beckham hurt his shoulder late in the contest but should be fine for the next game. Still take a good look at pickup up Peoples-Jones. He finished this week with over 100 yards and was the number one target for the Browns.