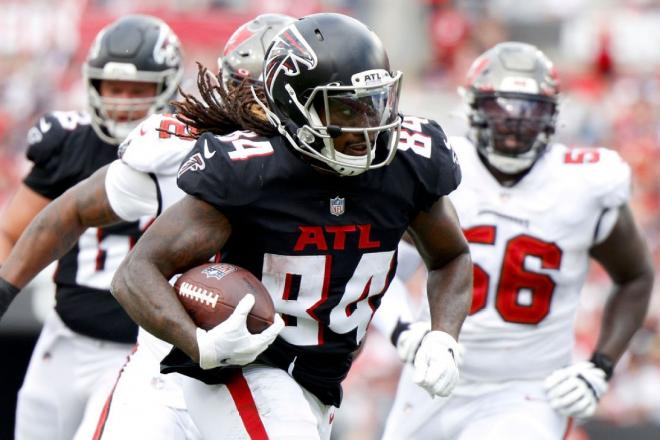 I cannot tell you how much of a love/hate relationship I have with fantasy football. I’m sure if you’re reading this article you know exactly what I am talking about. Last week we saw Elijah Mitchell go from a 1.9% ownership average to over 91.8%, which in competitive leagues is most likely closer to 99-100%. Jameis Winston went from looking like he could throw for 60 touchdowns this season to looking like his Lasik surgery wore off already. And Sterling Shepard is the best receiver in New York, and it’s not even close? What a wild week, here are 5 players, and 1 “keep your eye on,” you should target heading into Week 3.

Here are my guidelines for how I recommend players, as we are still early in the season:

Ah yes, week three of the NFL is here and Patrick… I mean, Josh… I mean, Tom…, I mean Dak… wait a second… Derek Carr leads the league in passing yards?! With an average of over 408yds/g, Derek Carr has the Raiders at 2-0 and is looking like a formidable fantasy QB. Odds are you already have a QB you trust more on your roster than Carr, but it’s always great to have a back-up, especially one who you can buy low and sell high down the road. With injuries to multiple QB’s across the league this past week, grab Derek Carr.

Through two weeks of the season Daniel Jones has faced two defenses expected to finish in the top 10 and one very upset receiver in Kenny Golladay. In those two games he put up 20 and 28 points, respectively. He has also seemed to figure out how to run for long stretches of time without falling over, which is always nice when you are playing football. Daniel Jones might not do it in the sexiest way, but points are points… amirite?

I distinctly remember watching a broadcast shortly after Patterson was traded to the Patriots from the Raiders. One commentator was highlighting the struggles Patterson had as a receiver, but praised his big play ability. Patterson was productive in New England as a dual threat RB/WR - which just goes to show you, sometimes being seen as a genius, like Bill Belichick, is just not being dumb. The guy couldn’t run great routes but was so good with the ball in his hand… so why not just hand it to him instead? Here we are 3 years later and Patterson has seriously carved out a role as a threat out of the backfield. After averaging 7.7ypc in Week 1 against the Eagles, Patterson was held to just 1.1ypc against the Bucs. What he didn’t do in the rush game he did in the receiving game, putting up 58 yards on 5 targets. Oh.. he also scored a rushing and receiving touchdown. With Atlanta figuring to play from behind a lot this season… Patterson is worth a roster spot in every format.

The expectation is that Josh Jacobs will be out this Sunday against Miami, leaving Peyton Barber and Kenyan Drake as the only options available for the Raiders. Barber’s skill set fits more in the power football scheme Gruden loves to run while Drake is more of a passing down, spread offense back. If Jacobs is out, Barber should be in line for 10-15 carries at least.

Going into the season, I did not want any receiver from the Cardinals unless his name was DeAndre Hopkins. It just seemed too crowded and that usually does not bode well for fantasy receivers who need to make every opportunity count. Rondale Moore is a rookie who was drafted in the second round this year and has seemingly gained the trust of Kyler Murray almost immediately. Shockingly, he is the most targeted receiver on the Cardinals through two weeks of the season… can he keep it up? Not sure. Is he worth a spot regardless? Yes.

Here I am again, talking about targets. Well here is a guy who has 100% flown under the radar, obviously due to his ownership in leagues being at 0.1%. He has amassed 18 targets in two games while filling in for Jamison Crowder. He has converted those 18 targets into 12 receptions for 124 yards, which are great numbers for a PPR bench player. It is unclear what his role will be going forward with Crowder’s return, but he’s worth keeping tabs on, especially in deeper formats.