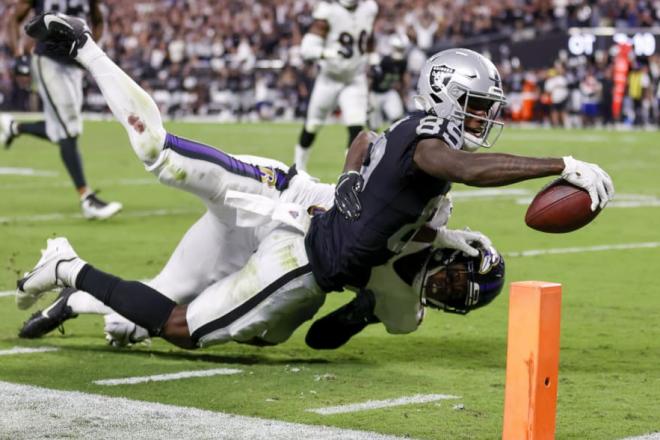 NFL: Five Sleepers to Put on Your Radar

The 5'10', 183-pound Cooks hauled in five passes from Tyrod Taylor for 132 yards against the Jacksonville Jaguars in Week 1 of the 2021 NFL season.

Now, this may not be the norm every week.

That said, the 2014 first round pick is a trustworthy - and talented - receiver who will get a lot of looks from whoever plays QB for the Texans.

He could well catch 80-plus balls this season and eclipse the 1,000-yard mark if he stays healthy, so he's worth taking a flyer on.

With four receptions for 81 yards - including a spectacular effort in the first possession of overtime that nearly ended the game against the Ravens (his knee hit the ground just before he broke the plane of the goal line with the football) - he demonstrated his athleticism and big play ability.

With only 12 receptions all of last year, four catches on five targets puts the former South Carolina on pace to catch over 50 balls this year.

And if he continues to perform the way he did vs. the Ravens, ownership of this talented wideout will go way up. Now is the time to buy-in on this budding star.

In 2020, Gaskin - a seventh round pick - won the starting tailback job and ended up playing 69 percent of the Dolphins' offensive snaps when healthy.

He picked up where he left off in Week 1, rushing for 49 yards on nine carries while picking up another 27 yards on five receptions.

Suffice it to say the 5'10", 194-pound Washington alum is going to play even more this year. Already a fine pass-catcher, his running skills are improving, too.

If he's available, pick him, because he is going to be productive.

While those numbers were impressive, the third round pick - who checks in at 6'3", 220 pounds - is still learning his craft.

His 90 yards on the ground and 18 yards on three catches in week one is just a small taste of what Gibson is capable of.

He is only going to get better as he learns how to use his size, strength and speed to his advantage. Provided he stays healthy, he will easily improve on his 2020 stats.

Now the Rams' undisputed starter at tight end, the 28-year-old Higbee is ready to shine.

That he did in Week 1, snagging five Matt Stafford passes for 68 yards.

Experienced and reliable, look for Stafford to target the 6'6", 255 product of Western Kentucky even more as the two build chemistry.

He may not get up to the 11.4 targets he averaged at the end of the 2019 season, but he should be good for seven to eight targets a game. With a more dynamic passer throwing him the ball, look for Higbee to be sneaky-productive in 2021.