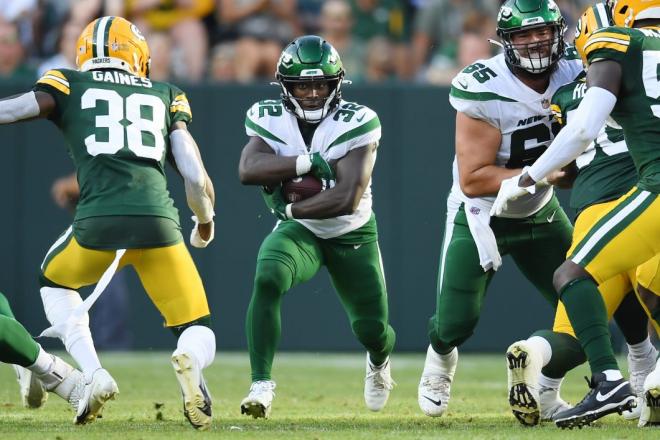 Take a Look at These Unheralded Rookies

At this point in time, we all know which NFL rookies will be the most highly scrutinized: Trevor Lawrence, Justin Fields, Zach Wilson, Trey Lance and Mac Jones.

That's understandable because they're highly-touted prospects who play quarterback.

When you're a top prospect and play the marquee position on a team, you're going to be watched.

Rightfully so, as they are expected to be prime targets for their respective quarterbacks.

In Atlanta, Matt Ryan is looking for a new go-to pass catcher, so Pitts will undoubtedly be targeted multiple times per game.

The same goes for Chase, Smith and Waddle, who share a pre-existing connection with their former college teammates (Joe Burrow, Jalen Hurts, Tua Tagovailoa). The hope is that the connection established in college will translate to the pro game.

Here's hoping, because that would be exciting.

Meanwhile, other less-heralded players also figure to make an impact on their new NFL team.

Without question, the Panthers new QB, Sam Darnold, will be looking for a reliable target as he works to establish himself as Carolina's number one signal caller.

At 6'3" and 205 pounds, Marshall has the length and strength to make an impact.

And that he did during the preseason, making a strong case to be the Panthers' number three receiver. He has already established a connection with Darnold and looks ready to be a key contributor to Carolina's offense.

Fortunately for Carter, there was plenty of opportunity to show what he could do in the preseason. That's what happens when you're drafted by one of the league's worst teams.

He showed that he's a fine receiver out of the backfield, but needs to work on hitting the holes harder when carrying the ball.

Expect the Jets to bring him in on passing situations and to use him as a kick returner, as well.

The 6'5", 330-pound Smith - formerly of the Tennessee Volunteers - has been impressive during the preseason.

So impressive, in fact, that the Chiefs are rumored to be entertaining the possibility of trading veteran Laurent Tardif-Duvernay, who was once a mainstay on K.C.'s offensive line.

A steal in the sixth round of the draft, Roche established a reputation for being a playmaker in his final year at Miami and his previous three years at Temple.

With his great speed and agility, he's shown the same characteristics during the course of the preseason.

It looks like he could be the heir apparent to the departed Bud Dupree - only, a better version of him. Keep your eye on Roche, he has the skill set to be a very good player for a very long time.

Though inexperienced at the pro level, the Bills' first round pick has shown great potential in preseason games.

He's used his length (6'6") and strength well, serving as a disruptive force on many plays, and stopping running backs right in their tracks on more than one occasion. He also showed excellent agility for a big man who weighs close to 270 pounds.

As he improves his technique and learns how to use his size better, Rousseau figures to assert himself - and become an increasingly dominant force - as the season progresses.