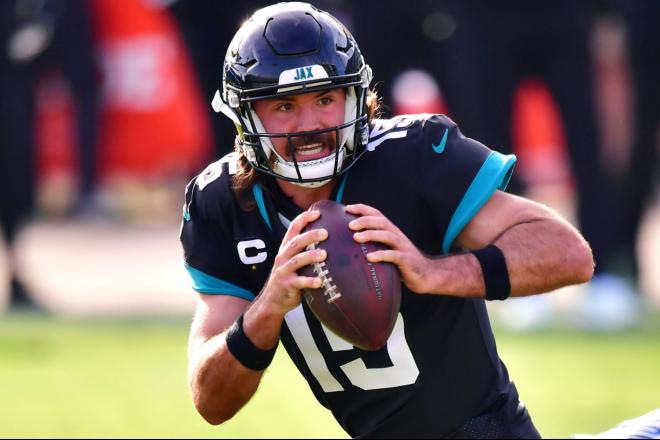 Like it or not, the Saints are about to find out what life is like without Drew Brees behind center.

And as training camp opens, they have two QB's - one an enigma, the other promising but unproven - vying for the starter's job.

First, there's Jameis Winston. While he proved he can be a productive starter in Tampa Bay, he also proved to be erratic, his up-and-down play highlighted in 2019 by a 33 TD, 30 interception season. Sure, he threw for over 5,000 yards, but his TD to interception ratio was by far the worst among starting QB's.

Then, there's Taysom Hill. When he stepped in for the injured Drew Brees in 2020 - he played in eight games after Sean Payton chose him over Winston - he threw for 928 yards, 4 TD's and only 2 picks.

That said, his average yardage per pass was a paltry 7.7 yards. Like Brees, he rarely went deep, which was an issue.

All of which brings us back to Winston. With his arm strength, he possesses the ability to throw the deep ball, which will likely win him the starting job over Hill. If Payton can rein in his gambling tendencies and become a more disciplined passer, he has the chance to thrive in the Big Easy.

Unfortunately, Winston or Hill - whoever becomes the Saints' starter - will have to start the season without WR Michael Thomas, who is still recovering from off-season surgery; there's no Emmanuel Sanders either. Suffice it to say, neither QB will have it easy as they step in to replace Brees.

Still just 24, the Broncos 2020 starter, Drew Lock, finds himself on the hot seat.

Not only did the Broncos bring in veteran pivot Teddy Bridgewater in the off-season, but Lock is coming off an inconsistent 2020 where he threw for 2933 yards, good for an underwhelming 16 TD's and 15 interceptions.

As many pundits have noted, Lock needs to know when to take a sack, and when to just throw the ball away.

Understandably, Denver's management and coaching staff want the strong-armed Lock to succeed, so he should begin the season as the Broncos' starter. However, if he falters, Vic Fangio won't hesitate to bring in Bridgewater, who has proven he can manage and win games, if in rather unspectacular fashion.

Lock knows this is a make or break season. Consequently, it will be interesting to see how he reacts to the pressure, knowing that with a strong defense, solid quarterbacking can make the Broncos a legit playoff contender.

For the first time in many years, the Bears have an embarrassment of riches at the quarterback position with Andy Dalton, Nick Foles and first-round draft pick Justin Fields occupying their quarterback room.

For the time being, it would seem that Dalton will be anointed the Bears' starter.

That said, Foles is a competitor, and will want to play. And Fields, no doubt, is hungry to show that he can compete at the NFL level. Granted, his mobility gives him an edge over both Dalton and Foles, but his inexperience - i.e. his ability to process plays at NFL speed - will likely hold him back in the short term.

The good news is head coach Matt Nagy has options at quarterback. He will almost surely use all three as he is under intense pressure to come up with a productive offense that can work in tandem with a fine defense to carry the Monsters of the Midway back into the playoffs.

The only person that hasn't anointed Trevor Lawrence as the Jags' starter, it seems, is Gardner Minshew.

Saying number two isn't an option, Minshew - who has thrown for over 5,500 yards and 37 TD's against just 11 picks in his two years in Jacksonville - is out to keep his starting job.

That's going to be tough, as the 6' 6", 213 pound Clemson star - he was the first overall pick in the 2021 NFL Draft - looks to be NFL-ready. Still, he will have to prove that in live action, and as many top prospects have found, it's easier said and done.

If he struggles, Minshew will be there to step in - with the intent of keeping the starter's job. That's a good situation for head coach Urban Meyer to have.