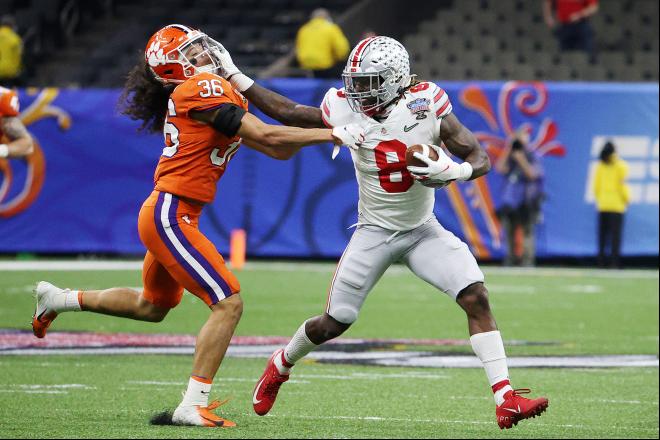 NFL: Five Prospects Who Will Have an Immediate Impact

Here are five prospects who will immediately prosper their teams.

While no prospect - even one that goes first overall - is a surefire star, the 6' 6" 213-pund Lawrence is as close as you can get.

His body of work over his college career was impressive; his arm talent, underrated mobility and astute decision-making under pressure propelled him to the number one slot in this year's draft.

He's also very confident, something that comes from being a proven winner.

That trait, along with his impressive skill set, will enable him to succeed early on, much like the Chargers' QB, Justin Herbert, did last year.

The Cowboys needed someone to build around on defense, and they may have found that centerpiece in the 6'3", 246 pound Parsons.

Not only is the former Penn State star fast, strong and powerful, but he's also nasty. He's also effective on the blitz, too.

With his range, size and all-around toughness, he figures to be the ingredient that will help bring the Cowboys' beleaguered defense back on the road to respectability.

Simply put, the 49ers got a steal when they took Sermon in the third round of the draft with the 88th overall pick.

Fast, physical and agile with deceptive speed, the 6'1", 215-pound Ohio State standout should be able to step-in and eat up yards much like Raiders' RB Josh Jacobs did in his rookie season.

And even though Sermon wasn't used much as a pass-catcher during his time at Ohio State, he showed that he can pick up valuable yards after the catch, too. He will thrive in San Fran.

Suffice it to say Matt Ryan must be one happy quarterback.

Expect him to make the athletic Pitts one of his favorite targets very quickly. Tall, athletic, fast and sure-handed, the 6' 6", 245-pound Pitts can beat you deep or catch the ball in traffic.

It won't take long for his name to be mentioned in the same breath as Travis Kelce and George Kittle.

Turns out, Joe Burrow and Tua Tagovaloa weren't the only quarterbacks reunited with a former college teammate that lined up at wideout.

In Smith - though he isn't huge at 6', 170 pounds - Hurts gets a cerebral wide receiver who runs great routes and has an excellent catch radius despite being smaller in stature.

Look for Smith to surprise - and become a go-to target for Hurts - early on, and for many years to come.