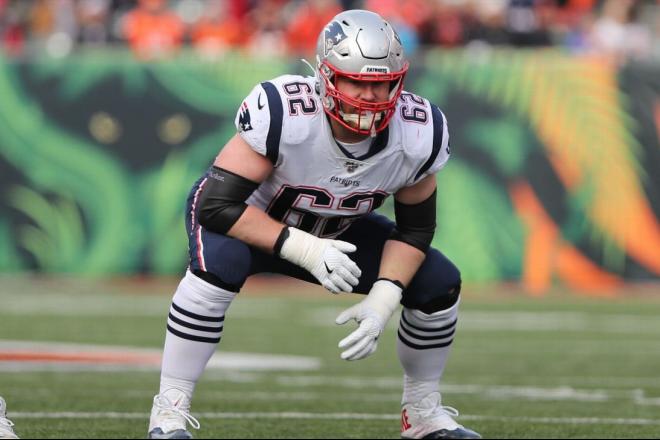 In free agency, it's not always the marquee signings that make the biggest difference in a team's composition.

Rather, it's the subtle gains or losses that happen when teams gain or lose a player.

Thus far in free agency, some teams have strengthened themselves, while others have suffered a quiet decline.

Those signings could take Vegas from competitive to contender in the coming season with a more potent offense and improved defense.

Their Super Bowl LV loss to the Tampa Bay Buccaneers exposed KC's suspect offensive line, with QB Patrick Mahomes having to run for his life all game long.

The signing of G Joe Thuney, who was a longtime standout on the Patriots O-line, qualifies as a very good move. OL Laurent Tardif-Duvernay is also expected to return, as well. Expect the Chiefs to continue bolstering their O-line.

For some reason, the Cowboys decided not to re-sign CB Chidobe Awuzie, one of their most consistent defensive backs.

Not only has their secondary gotten weaker, but so has their offense. Who's going to back up Dak Prescott - Ben DiNucci, or Garrett Gilbert? And if Dak's not ready for the start of the season, who will start?

The Seahawks' all-world quarterback, Russell Wilson, now has more to be concerned about than just his pass protection.

RB Carlos Hyde left for Jacksonville; wideouts David Moore and Philip Dorsett are also gone. So too is dependable DB Shaq Griffin, who also signed in Jacksonville. Wilson can't be happy about these developments, which have significantly weakened Seattle.

Speaking of unhappy quarterbacks, it would be fun to take a peek into QB Aaron Rodgers' mind right about now.

His uber-reliable center, Corey Linsley, just signed in San Diego. Now, RB Jamaal Williams - who did an admirable job of spelling off start RB Aaron Jones - just inked a contract with the Detroit Lions. The Jordan Love era may be close to starting; Rodgers is likely not amused by these developments.

While Arizona may be on the lookout for another running back after losing RB Kenyan Drake, there's no doubt they've gotten much better on defense and offense.

Now for the bad: G Joe Thuney is gone, and QB Cam Newton was re-signed. The long and short of it all? Strong defense, mediocre (at best) offense with a damaged quarterback who won't be able to find his new receivers.

Another sub .500 season coming right up. Sorry about that.

Meanwhile, RB Marlon Mack stayed put in Indianapolis. Curious signing, as the Colts already have Jonathan Taylor and Nyheim Hines in their backfield.

QB Tyrod Taylor inking a contract in Houston. Is this insurance for the possible departure of star QB Deshaun Watson? Stay tuned.

One thing is for certain: as teams continue to add and subtract from their rosters, it's the low-key, depth signings that will affect their fortunes, good or bad.

What are the Cleveland Browns going to do with temperamental WR Odell Beckham Jr., who wasn't missed after he injured his knee.