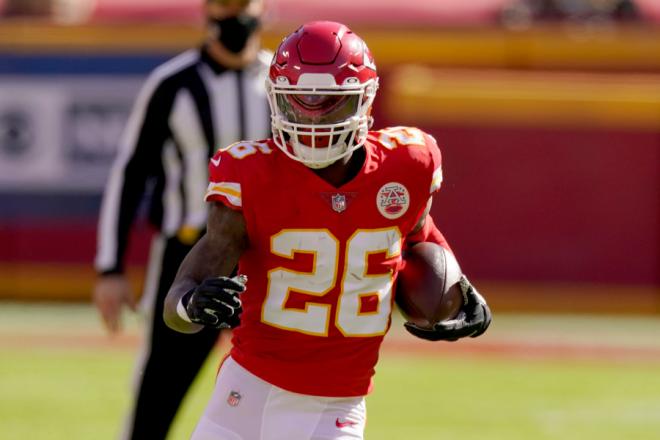 Championship Week is upon us! I said it last year and I'll say it again this year, if your fantasy league goes into Week 17, change it! The last thing you want is your star player getting benched or limited in a game while you're fighting to win a fantasy championship. It should be a crime. But, I'll hammer this home during the Starts and Sits article next week. For now, let's take a look at some key injuries and opportunities that fantasy managers can capitalize on in a vital Week 16.

Edwards-Helaire exited Sunday's game with multiple injuries and looks to be putting the remainder of his regular season availability in doubt. That means for fantasy purposes, unless you're in a dynasty, CEH is a drop. And who are you making room for? Le'Veon Bell. Bell was productive with his touches against a strong Saints defense, and without CEH to take the majority of backfield touches, Bell is set up for a strong performance against a weak Falcons defense who allowed two touchdowns to Fournette last week. If he's available, snag him and put him in your Week 16 lineup.

Diggs fits right in with Josh Allen and the Bills and it looks like the magic is set to continue as reports are Diggs should play in Week 16 against the Gilmore-less Patriots. If he plays, he's in your lineup as his role in this high-powered offense is too good to bench. If he's unable to go, Beasley, who is enjoying a breakout year, becomes a safe flex option as a high-end WR3, low-end WR2. However, Beasley benefits from defenses harnessing their energy on stopping Diggs making Beasley a safer flex option with Diggs in.

Smith wasn't fantasy relevant, so you may be wondering why he's on here. Well, with Smith hurt and Thomas, Callaway and Harris all on IR, the Saints receiving corps has thinned to the point where Sanders is now very fantasy relevant, especially in a matchup with a Vikings defense allowing the third-most fantasy points per game to opposing wide receivers. Cook becomes a terrific backup option for fantasy managers desperately in need for a tight end, although Cook isn't much of a 'splash play', he should see enough usage to be a high-end TE2. Whether Smith plays or not, a healthy Sanders, garnering a majority of the wide receiver targets in a plus matchup is enough to make him a plug-and-play in Week 16.

Robinson has been nothing short of amazing. Even in a tough matchup and suffering an injury in last week's contest, Robinson still managed to cultivate over 50 scrimmage yards and a touchdown. A tough matchup is worrisome, but Robinson has been too good for fantasy managers, so if he plays, he's in lineups. If he's out, it looks like Ogunbowale will take the majority of touches with Ozigbo seeing a few touches of his own. Against a top ranked Chicago defense, if Robinson is out, then there are exactly zero Jaguar players that should be in championship lineups.