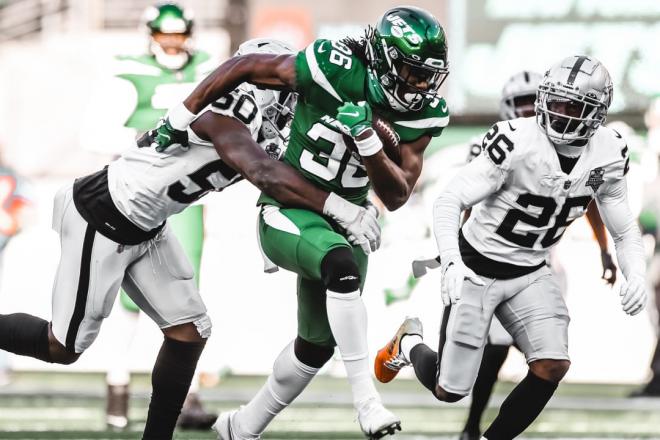 Week 14 marks one of the most important weeks for the fantasy season. A lot of fantasy managers are entering their first week of the playoffs, hoping to advance one step closer to their fantasy championship. Others, however, have one more week of fight in them to determine their place in the post-season. With a few injuries having been accrued in Week 13, let's take a look at valuable opportunities arising in Week 14.

Higgins' volume has been great. It looks like no matter who's behind center, Higgins will see his fair share of targets. However, near the end of last week's game, Higgins tweaked his hamstring jumping over a defender. We don't know the status of Higgins yet, but if he plays, it's hard not to start him in a favorable matchup against the Cowboys. If Higgins is unable to go, Boyd becomes a safer WR2 with Green still a risky WR4 play as he is not seeing enough volume to warrant any sort of flex consideration.

We don't know the extent of Gore's injury but either way, he isn't worth the play due to lack of upside. You don't want your fantasy season going down with a 36 year old running back on the Jets. But is it worth going down with a younger running back for the Jets? Maybe. Johnson is a fringe RB2/RB3 this week against Seattle's vulnerable defense simply due to volume. Volume is king in fantasy football, so if Gore is unable to go, Johnson's role in this backfield with a plus matchup warrants flex consideration.

Johnson injured his knee last Sunday and helps clear up the Detroit running back room for fantasy managers. Johnson opens the door for Adrian Peterson and Deandre Swift to have borderline RB2 numbers against one of the worst run defenses in football. Johnson should be on waivers at this point. Also, if Swift doesn't return from his injury, Peterson is locked in as an RB2 with touchdown upside galore.

Gibson has been a breath of fresh air for this offense and fantasy managers alike. But turf toe, as minor as it sounds, is extremely painful and looks to keep Gibson out in Week 14 against the 49ers. McKissic should see a majority of the field and is a borderline RB2 with Gibson out. He is worth the flex consideration also due to his rapport with Alex Smith. Barber is too risky to play, but in standard leagues, he gets a bump in the right direction due to touchdown upside.