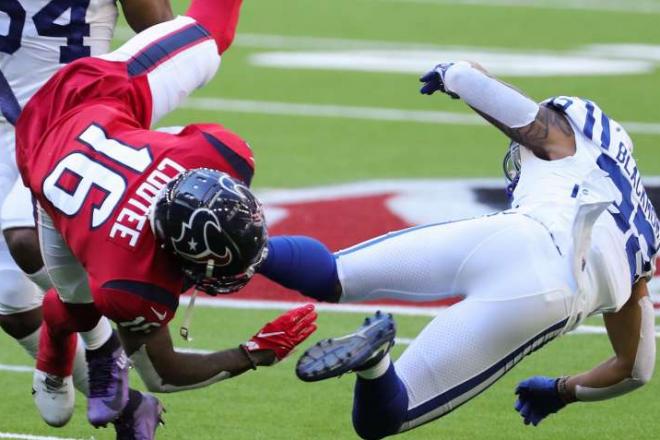 The fantasy playoffs are upon us. After a wild Week 13 that included the last unbeaten team going down, the last winless team staying winless, and the NFC East trash can race heats up! Here are some players who you should target for your stretch run. These recommendations are going to be purely matchup based and should help you get to the next round in your league.

Trubisky has great matchups down the stretch and if you are in need of a QB, or one with a better matchup, it’s tough to find a more favorable 3 game slate than Houston, Minnesota, and Jacksonville. In this week’s contest he goes against the Texans who have been horrendous against opposing teams passing attacks. Mitch should be able to get something going and put up decent numbers.

Hopefully you read last week’s article and started Baker in your league... if you did you got an out-of-nowhere 27.5 points. Baker was red hot last week against a Titans team who has struggled to contain QBs all season. With a Monday night at home matchup against the Ravens, and Baker carrying the momentum of 592 yards, 6 touchdowns, and 1 turnover in his last two games, Baker would be a great candidate for a plug and play option.

With Frank Gore exiting the game against the Raiders early with a concussion, Tyler Johnson and Josh Adams took control of the backfield and gouged the Raiders on the ground. Johnson carried the ball 22 times for 104 yards and a touchdown, he also added 2 receptions for 13 yards. Adams was also impressive, racking up 74 yards on only 8 carries. With Gore’s status up in the air for a Week 14 matchup against the Seahawks, Tyler Johnson could serve as a high-end flex this week.

I probably sound like a broken record... this is probably my third recommendation of Akers, but I really want to stress that you get this right and grab him – if he’s even still available in your league. Akers is clearly the guy in LA... so glad it only took 12 weeks for him to get there after I took him as my RB2 back in September. Akers racked up 94 yards of offense on 21 carries and 1 reception, he also found the endzone once, making it his third consecutive game with a score. Akers could very well be that late season gold for your roster – making him worth the spot or if you had the patience, the stash.

It is a mystery to me why Coutee didn’t shoot up the roster percentage board with news of Will Fuller being suspended for the rest of the season and Randall Cobb going to IR. He is the clear #2 on a team with a top 10 QB... am I missing something? Coutee should be on your roster, and in your starting lineup from here on out. This past week against the Colts he was targeted 9 times – caught 8 passes and turned that into 141 yards. He is a speedster who has previous rapport with Deshaun Watson, he’s just been buried on the depth chart. Suspensions and injuries will pave the way for Coutee to contribute to your lineup this week and beyond!

In two games with Mitch Trubisky under center Mooney has been targeted 15 times. While he has only managed to convert less than half of those into receptions, he has favorable matchups against Houston, Minnesota, and Jacksonville in weeks 14, 15, and 16. Mooney should be active and present in the pass game as we get into the fantasy playoffs, making him a mid-tier flex play going forward.

Other WRs to Consider

Thomas has shown flashes of being a great Tight End this season. He’s caught 5 touchdowns, 2 of them coming in consecutive games the last two weeks, and gets a steady diet of targets, especially from Alex Smith. With the NFC East “heating up” and the TE position being always thin, Thomas is a great option to plug and play from here on out.