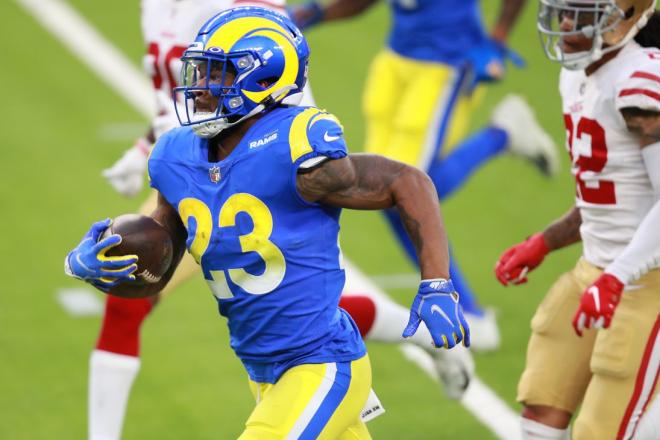 Week 13 is upon us, which means one thing for many of us... it’s our last chance to get into the playoffs. With the craziness surrounding COVID, games being delayed, many calling for them to be outright cancelled, you need to be prepared. Many platforms delayed waivers until Wednesday night, Thursday, or even Friday... here are some players you should target, or stash just in case!

With uncertainty everywhere around the league with COVID and injuries, it is imperative that you have a serviceable QB to play. Kirk Cousins has provided fantasy value this season, outside of a stinker against the Colts, Cousins has been right in the middle of the pack in position rank this season but since Week 8 he ranks at #6 among all QBs. With a favorable matchup against the Jaguars and the desperate need for a win to keep their playoff hopes alive, grab Cousins!

Others to target as reserves... just in case.

Baker has a favorable matchup against the Titans this Sunday who have been gouged all season.

The matchup with Detroit is enticing, however, I’m weary of playing a team who is coming off firing their Head Coach... they usually over preform the following week.

I recommended Akers last week, for those of you who grabbed him – great job! For those of you who grabbed him AND played him – awesome job! As I mentioned, the Rams did not draft this guy to sit and not be involved... he’s seemingly finding his stride and was far and away the most productive RB for the Rams in their loss to the 49ers. Worth noting is that backfield mates Darrell Henderson Jr. and Malcolm Brown combined for just 13 carries to Akers 9. Look for that differential to widen going forward.

When Miles Sanders returned from injury it was assumed that Boston Scott would be a non-factor. Which is a rational thought considering how awful the Eagles offense has been this season... except when they are 6.5 point underdogs down 23-9 in the 4th quarter and they decide to score and then go for a two point conversion when there is no analytical reason to back that up... except one: Vegas. Enough ranting, Scott can provide some low-end flex value to a PPR format if you are in a situation where you need a replacement.

Shenault is a unique football player and fantasy asset. One thing I didn’t realize is how massive he is. At 6’1” and nearly 230 lbs, he’s built more like a RB or LB than a wide out, which gives him some versatility on an otherwise dormant offense. Coming off an injury this past week against the Browns he didn’t put up gaudy numbers, but what was intriguing was him lining up all over the place, even taking a handoff. Prior to his injury he was consistent, putting up just under 8 ppg. I would not plug him into lineups this week and monitor his play, but he could be a useful asset down the stretch.

I recommended Perriman in Week 7 because of his big play ability and upward trending target volume. He did miss the following week's game against the Chiefs, but since Week 9, which includes a Week 10 BYE, Perriman ranks #12 among all WRs in points scored. He is a big play, down-field threat who can turn one catch into 14 points. With favorable matchups in the coming weeks against the Raiders and Seahawks, grab Perriman and start him.

I wanted to include Burton in last week’s waiver article but was concerned about him being a touchdown or bust kind of player. With scores in his last two games, and production from other TEs on the roster, Burton is a great option in a thin position group. Burton had a lot of promise after leaving the Eagles for the Bears last season, however, an injury-riddled year kept him from producing much of anything. Starting the year injured this year he has been productive since his return. I’d feel confident grabbing and starting Burton in every format – especially against the Texans’ weak defense.