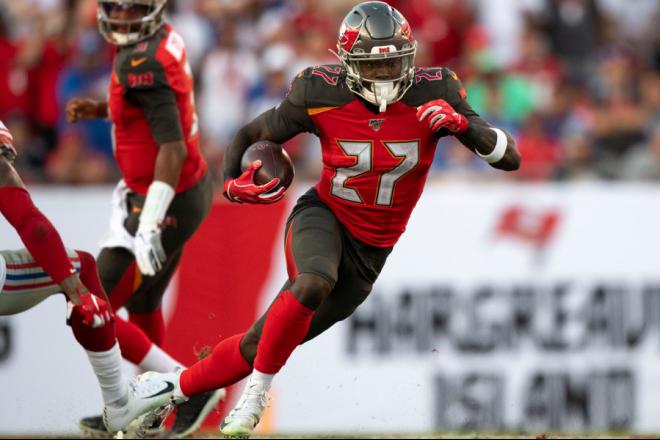 For Real & Not For Real NFL Players

Isaiah Simmons, ILB, Arizona Cardinals. The 6-4, 238 pound Simmons was selected eighth overall in the first round by the Cardinals for his freakish speed, range and overall athleticism.

Like any 22-year-old, the former Clemson standout has had to adjust to playing against bigger, faster and stronger opponents at the NFL level.

Well, it appears that he's adjusted. He was all over the field in week 11 against the Seattle Seahawks, recording eight solo tackles, a sack and an assist. That performance is a harbinger of things to come during the rest of the 2020 season, and the rest of his career.

On course for a career high in receiving yards, the 24-year-old running back is a reliable, talented performer who is only going to get better with time.

Michael Brockers, DT, Los Angeles Rams. While Brockers' fellow defensive lineman, Aaron Donald gets the headlines in Rams land, he wouldn't be getting all his sacks (nine so far this season) without Brockers.

Turns out, the 6-5, 305-pound Brockers has 19 tackle assists in addition to his 14 solo tackles and three sacks. And he also consistently pressures opposing quarterbacks, occupying offensive linemen and collapsing the pocket.

He is part of the reason why the Rams have one of the best pass rushes in the NFL and a big reason why Donald racks up so many sacks year-in and year-out.

Mark Andrews, TE, Baltimore Ravens. Over the past couple of years, the 6-5, 256-pound Andrews has quietly become one of the best tight ends in the NFL.

And while tight ends like the Chiefs' Travis Kelce and Raiders' Darren Waller grab headlines for their fine play, Andrews has been really good this year, catching 38 balls for 454 yards and six TD's.

Little wonder he's become one of Lamar Jackson's favorite targets; deceptively fast and sure-handed, he can go deep or make tough catches in traffic to sustain drives. The scary part? He figures to just keep getting better - bad news for opposing defenses.

Ronald Jones, RB, Tampa Bay Buccaneers. Jones' 98-yard TD run against the Panthers in week 10 just confirmed what many observers already knew: that the 23-year-old running back had arrived.

Even prior to that explosive TD romp, he'd become Tom Brady's go-to running back. And with 754 yards on 153 attempts - good for a solid 4.9 yard average - Jones has earned that status.

His emergence has been huge, with LeSean McCoy dealing with injuries and Leonard Fournette delivering far less than the Bucs had projected he would to this point in the season.

Todd Gurley, RB, Atlanta Falcons. Admittedly, it's difficult to say that a player is on the decline when he's scored 9 TD's.

Yet, the 26-year-old Gurley - who signed a one-year deal with the Falcons after being released by the Rams in the off-season - just isn't the player he once was.

With 610 yards on 167 carries, his average run is just 3.7 yards. More often than not, he gets stopped at or just beyond the line of scrimmage, and lacks the explosiveness he showed in years past. Most, if not all of his TD's have come from short range.

He will have to significantly elevate the level of his play if he's to earn another contract with the Falcons at season's end.

To date, the injury-prone Clowney has recorded a grand total of four tackles, six quarterback hits and zero sacks for the Titans.

That type of production isn't what the Titans were hoping for when they signed him to a one-year, $15 million deal this past off-season.