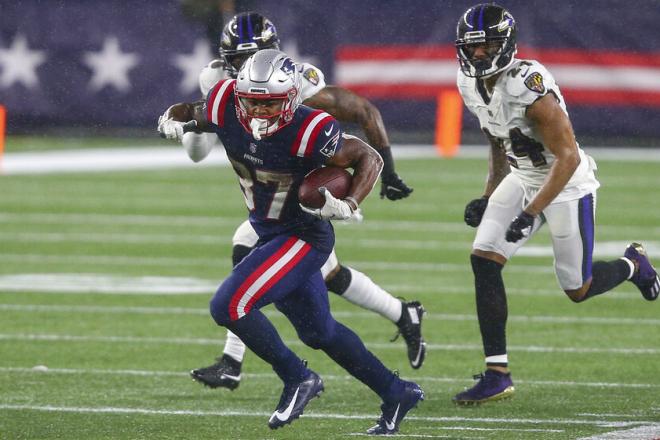 Man, oh man, is this season flying by. The fantasy playoffs are right around the corner. If you are fortunate, you have already clinched a spot in the playoffs and sitting in cruise control. Others, including myself, have about the same luck as a quarterback would have when playing at FedEx field. Best of luck to Joe Burrow, who got his leg obliterated yesterday, just like so many other quarterbacks before him playing in Landover, Maryland. He will not be in this article today because without 'Cool Joe', the Bengals are a complete lost cause and you can’t trust anyone on their offense with him out of the lineup. So, today we sort through the other injuries and maybe find a key streamer or two to help fantasy managers with that playoffs push. Here we go.

Pittsburgh Steelers
Injury
WR- JuJu Smith-Schuster (Q-Toe)
Opportunity
Diontae Johnson - WR2 (86% owned)
Chase Claypool - WR2 (94% owned)
Ray-Ray McCloud - WR5 (0% owned)
Juju exited Sunday’s game after tripping on a penalty flag and hurting his toe. Yes, that is not a joke, that actually happened. With the Steelers playing a key game on Thanksgiving against the Ravens just a few days away, it is possible he misses the game. That pretty much makes Johnson and Claypool must-starts. Johnson had a massive total of 16 targets on Sunday and appears to be Roethlisberger's go to target when JuJu is sidelined. Even going up against a solid defense in Baltimore, it would be hard not to play Claypool, whose target share has seen a decrease, but is still a TD machine with four touchdowns over the last four games. The fun and definitely risky waiver wire pickup would be Ray-Ray McCloud, who has caught all but 1 of his 15 targets this season. With the Thursday night matchup being a possible close game McCloud might see a large uptick in targets if Big Ben is forced to throw a lot. He is a high risk, high reward flex play.
It's FREE - Build better lineups with DFS Lineup Explorer

New England Patriots
Injury
RB - Rex Burkhead (O-ACL)
Opportunity
Damien Harris - RB3 (55% owned)
James White - RB4 (36% owned)
Injuries are never a good thing, but when it comes to the Patriots backfield, well it might have been a little bit too crowded to start anyone with confidence. Now, with Burkhead out of the picture for the rest of the year, the frenzy on the wire for Damien Harris starts. Over the last four games Harris is averaging 15 carries per game. With Burkhead out, Harris will be the clear lead back with James White being the primary receiving back. With a different Patriots team this year, they'll actually need to play all their games in December exceptionally well if they want to make it to the playoffs. Look for them to lean heavy on the run because it's where Cam Newton thrives and he just doesn't have the passing ability he once had. Damien Harris is an easy RB2 with upside now. James White is upgraded to a flex play with his consistency catching the football and should now see more snaps.
New York Jets
Injury
RB - La’Mical Perine (Q-Ankle)
Opportunity
Frank Gore - RB3 (8% owned)
Ty Johnson - RB4 (0% owned)
Perine had some fans this season, hoping he would come out as the clear RB1 in New York and stop Gases running back madness. Well, that didn't materialize. After suffering an ankle injury, there is yet another chance for 'Father Time' Frank Gore to get more carries and keep moving up the record book. All season he’s seen about 15 carries a game and he just got his first touchdown of the season last Sunday. The 37 year-old vet needs just under 1,000 yards to pass Walter Payton as the number two all-time rushing leader. With some favorable matchups at home coming up against the Dolphins and Raiders, Gore will take advantage of every carry as a starter and is a low tier RB2, borderline RB3 if Perine is inactive. Ty Johnson on the other hand is an afterthought pending how much time Perine misses. He will be mostly used as a third down back, he will get some catches but would be an extremely risky play at this time. It's hard enough trusting one running back in the Jets offense.
Houston Texans
Injury
WR - Randall Cobb (O-Toe)
WR - Kenny Stills (Q-Leg)
Opportunity
Will Fuller - WR2 (95% owned)
Brandin Cooks - WR2 (87% owned)
Keke Coutee - WR4 (0% owned)
Another toe injury and another Thursday night game. Cobb hasn’t been fantasy relevant all season and mostly is just a point stealer from the other Houston wideouts. With Cobb out of the lineup, it just feels a whole lot safer playing Fuller and Cooks. Especially given their matchup against a Detroit secondary on Thanksgiving Day that is going to shredded apart like that turkey dinner. Both Cooks and Fuller are absolute must-starts. Keke Coutee is a risky play if you need him in deeper leagues. He could be a fun person to put in and potentially ruin your opponent's Thanksgiving, but I wouldn’t take that risk. Another person to look at would be the Texans TE Darren Fells, he has had 2 or less catches in 9 games this season but the TE position has been weird all season. He would be a risky play but going up against Detroit, if need be you should take the risk.