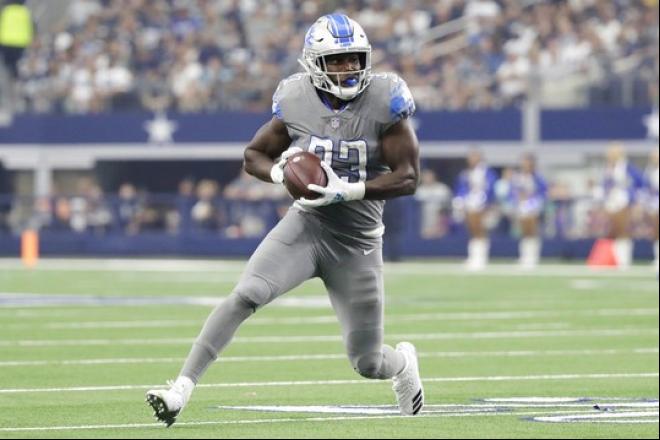 Herbert has been amazing this year and there won't be any signs of slowing down in this showdown against the 4th best matchup for quarterbacks. A healthy Keenan Allen, Mike Williams and Hunter Henry are more than enough weapons to help the rookie continue to put up QB1 numbers.

I know, I know, this is crazy. Johnson has been unplayable the entire year, but with Swift out with a concussion, it's going to be Adrian Peterson and Johnson left to carry the load against the 29th ranked Panthers run defense. I believe Peterson gets more rush attempts in this one, but Johnson has the upside and he will get the touches to be fantasy relevant this week.

Thielen and Jefferson should be smash plays this week. With Jefferson's run-after-catch ability and Thielen's touchdown upside against the second best matchup, lock them in as a  WR2 with upside.

This feels risky, but the matchup is too good. The Eagles struggle against opposing tight ends, and although last week was a down week for the Browns passing game (due to harsh winds), Hooper was at the receiving end of every tight end target. Hooper should be a fine play in Week 11.

The Chargers defense was one of my favorite defenses coming into this year, but they have been underwhelming to say the least, still, they get a Joe Flacco-led Jets offense and should be a great stream play for fantasy managers in need of a streaming defense.

It may be hard to sit Brady considering his play and the weapons around him. But this could turn out to be more of a battle between the defenses. Brady's offense line is hit or miss, and this week they'll attempt to stop Aaron Donald. While seeing pressure in his face, Brady will throw against one of the toughest fantasy secondaries.

I'm going with the stack here as Jones faces a top rush defense in a protected low scoring game. Fournette is still present in the backfield and will take a few rushes and most of the passing work. Jones' upside is severely capped for this week, but for most of us, he will probably need to be in our lineups, so temper expectations.

Davis is enjoying a breakout year and has been living up to expectations since being drafted in the first round in the 2017 draft. But he has his work cut out for him this week in a matchup against a top ranked passing defense. Not to forget that the Titans will aim to repeat their performance from last year's playoff game, where Henry did all the heavy lifting.

Tonyan looked like he was becoming Rodger's favorite target... that is until Adams returned. Tonyan has been somewhat irrelevant as of late and it's even harder to trust him when he faces the best defense against opposing tight ends. He's a sit.

The Chiefs defense got off to a hot start, at one point being a top five fantasy defense. But things have died down a little bit and they now travel to Las Vegas to play the team they took their first loss to this season. There are worse defenses to play this week, but there are plenty of better ones too.