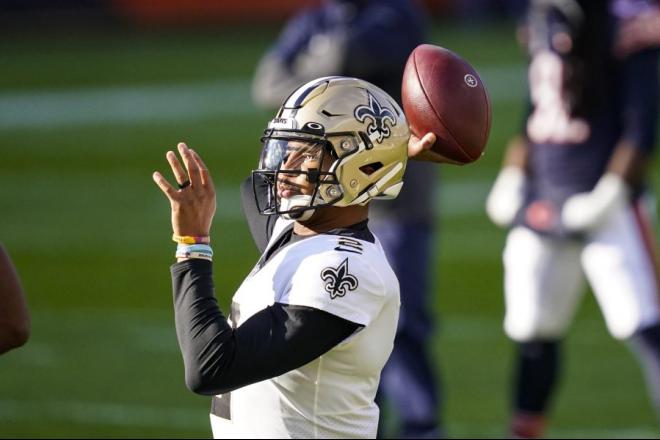 Week 10 is in the books and for some of us, the playoffs are only a few weeks away. As the playoff push grows more imminent for some managers, weekly opportunities become evermore crucial. So, let's not beat around the bush and dive right in.

Boyle suffered a season-ending knee injury on Sunday night and now opens up the door for even more usage for starting tight end Mark Andrews. Andrews has been every bit of the phrase 'Boom or Bust'. But, fortunately for him he will now get more opportunity, further justifying to fantasy managers to keep him in the lineup. He has a slew of great matchups down the stretch with the Titans this week, Dallas, Cleveland and Jacksonville. He's a trade target for all those frustrated Andrews owners.

Brees looks to be out for about 2-3 weeks at the very least. Winston will battle Taysom Hill in practice this week to see who gets the start against a vulnerable Falcons defense. I see Winston being named the starter but don't get ahead of yourself, there will be a lot of Taysom Hill sprinkled into this game, so Winston is a risky play, especially if you're fighting for the playoffs. It looks doubtful for Tre'Qan Smith to come back being that he'll have to make it through the concussion protocol. I don't see him playing, so Harris should be the guy to see targets outside of Thomas and Sanders. Still, with Winston behind center, I wouldn't trust any wide receiver option outside of Thomas and Sanders being a flex play. Overall, the Brees injury has the upside of this offense capped.

Stafford injured his thumb in Week 10 against the Redskins, but x-rays came back negative and the team has no doubt he will play against the Panthers. Amendola went down with a hip injury, opening up the door for Hall to see more opportunities. This game is a plus matchup for the Lions running backs and the team will be cautious of Stafford's injury. If Golladay returns, Jones becomes a what-the-heck-flex and Hall is a no-play unless you're in deep leagues and praying for a touchdown.

On the other side of the Lions game, the Panthers are confident Bridgewater's injury is not significant, but MRI's showed he has an MCL sprain. There is a very good chance he cannot go this week, and if so, Walker should get the start. This immediately downgrades the receiving options, forcing Anderson and DJ Moore into middling WR2 territory with more uncertainty than ever. Walker likes to run and the Lions are one of the worst rushing defenses in the league. This should be a Mike Davis game, so temper expectations for the wide receivers if Bridgewater is out.

Well, we're scraping the bottom of the barrel here. Foles, Trubisky, or Bray, we are still playing Allen Robinson and David Montgomery. That's it.

Thompson should be out for the entirety of the year. This is only notable from this standpoint... more passing down opportunities for Robinson. He's a RB1 from here on out and should be in lineups regardless of matchup.