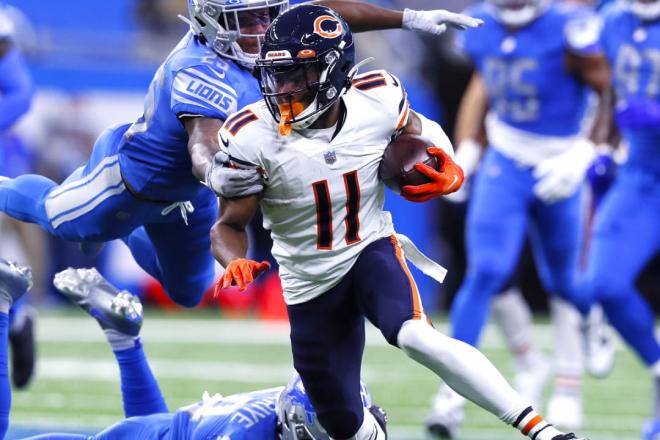 Ah yes, Tuesday, November 3rd… a significant day in the United States for citizens across the country – ITS TRADE DEADLINE DAY! But seriously, get out and vote today. If you want to distract yourself from the political nonsense, here are some players you can target in your waiver wires heading into Week 9.

If you’re looking for a bye week replacement look no further than Drew Lock. Undoubtably, Lock has not lived up to the hype coming into the year, which in my opinion centered around him singing “Put On” by Young Jeezy on the sideline. Lock had a decent showing against a pretty good Chargers defense, throwing three touchdowns and scoring 19 points. He heads off to Atlanta this week to play a Falcons team that has given up the most points to opposing QBs this season.

Edwards carried the ball 20 times for 87 yards and a score in Sunday’s loss to the Steelers. With Mark Ingram out for probably another couple weeks, Edwards will split time with rookie J.K. Dobbins. Usually I hate playing a back that splits carries, but with this run-heavy offense there will be plenty of chance to build volume.

Others RBs to consider, if you’re waiver wire is thin…

Tyler Ervin (GB) – monitor the situation of Aaron Jones this week, Ervin should be in line for more time regardless if Jones plays or not with Jamaal Williams and A.J. Dillon out.

Jordan Wilkins (IND) – if you have space on your roster, Wilkins is worth the spot. After Jonathon Taylor was widely ineffective, Wilkins stepped up and put up 18.5 points. The Colts have a tough matchup this week against the Ravens, so starting him would be very risky.

Damien Harris (NE) – if he’s available, he should be on a roster. I did not include him in my summary because he is rostered in almost 50% of leagues.

Everything Darnell Mooney has been is everything I thought Anthony Miller would be this season. Mooney has been getting consistent targets all season long, especially when the Bears made the change from Mitch Trubisky to Nick Foles. Mooney has been targeted at least 5 times in his last six games, he should be on a roster in most leagues!

Quite frankly, the loss of Jimmy Garoppolo shouldn’t affect much of the pass-catchers value in San Francisco. Bourne showed a connection with back up QB Nick Mullens in their game Sunday against the Seahawks. Pair this with literally no one else available besides Brandon Aiyuk, Bourne is a great pick up and play option this week and beyond.

Reed is expected to come off IR this week, just in time for him to replace George Kittle as the starting Tight End in San Francisco. With Kittle expected to miss around 8 weeks, Reed is a great option this week and should be a top 10 tight end the rest of the way.