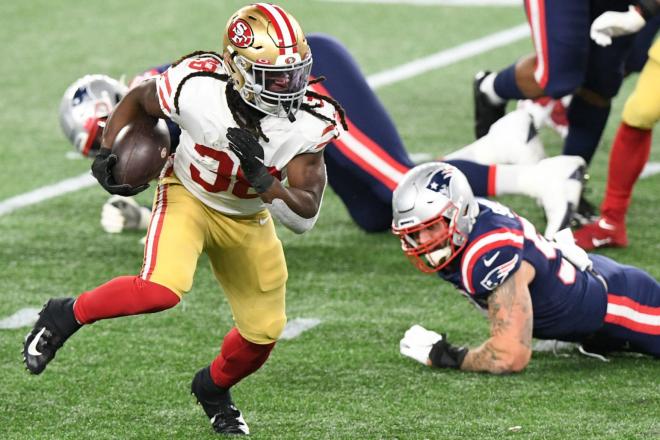 After an interesting Week 7 in the NFL, I just have a couple takeaways. My biggest takeaway about this season is things change, but most things stay the same. Tom Brady had so many questions surrounding him this season… “can he do it without Belichick?” was a big one. Well, apparently, yes, he can. Big Ben had a ton of questions about his age, health, and does he still have it? Well, he is still the undisputed King in the (AFC) North. Hot take: Steelers vs. Bucs in Super Bowl 55.

If you need a bye-week replacement or are looking for a high-ceiling guy, look no further than Baker Mayfield. This past Sunday, after one of the worst 1st quarters I have ever seen, Baker erupted for nearly 300 yards and 5 touchdowns. After starting 0-5 with an interception that unfortunately would be the last play for Odell Beckham Jr., Baker completed 22 of his next 23 passes, with the lone incompletion coming on a spike. He looked poised, accurate, and confident and led the Browns to their 5th win of the season in a duel with Joe Burrow. Next up is a home matchup against the Raiders who are currently allowing the 3rd most points to opposing QBs this season.

Jeff Wilson Jr. had himself a day against the Patriots, putting up over 100 yards and 3 scores in a dominant effort by the 49ers. Sadly, Wilson Jr. is expected to miss multiple weeks with an ankle injury. Raheem Mostert is still weeks away from returning after landing on IR. Tevin Coleman is eligible to return from his IR stay, but based on dialogue from Kyle Shanahan it does not look good. I’ve said this before, I’ll say it again, any RB in this offense with a chance of playing should be rostered in 100% of leagues. This teams success is built on the running game… Hasty is a must add.

The Healthy One – SEA

My first ever three-player suggestion! With Chris Carson expected to miss time, Seattle turned to his back up Travis Homer, oh wait, he got hurt too, so now they turn to Carlos Hyde, oh my, he might not play next week either? Well DeeJay Dallas, it’s your time buddy. If you’re looking for a plug and play option, you will need to monitor the injury situations to Hyde and Homer, but any RB in this offense should put up some numbers. I personally love DeeJay, cool name, 4th round rookie, very little tape, could be a boom candidate!

This man should not be on waivers in your league. With Deebo Samuel out, Aiyuk has been a solid WR3, fringe WR2 option. He’s been a threat in the run game as well, logging two rushing touchdowns this season. This past Sunday he was the bright spot in the passing game, reeling in 6 catches for 115 yards. Seattle has allowed the most points to the WR position this season, priming Aiyuk to shine in America’s Game of the Week.

This is insight directly from a Browns fan. No pass catcher on the roster has better chemistry with Baker Mayfield than Rashard ‘Hollywood’ Higgins. This was on display this past Sunday against the Bengals when Higgins was launched into the starting receiver spot after a season-ending injury to Odell Beckham Jr.. What did he do with the opportunity? Caught 6 passes for 110 yards including two beautiful back shoulder fades and insane acrobatic effort to put the Browns in a position to score the would-be game winning touchdown. Hot take #2 of the day: Rashard Higgins will put up WR2 numbers the rest of the season.

Reynolds was the one expected to make the leap last season, he showed flashes of fantasy relevance, but was too inconsistent to roster, let alone play. However, the last two games Reynolds has found the end zone and in Monday’s game against the tough Bears secondary he led the team in targets. Reynolds is worth a roster spot, especially if he can continue this consistent play.