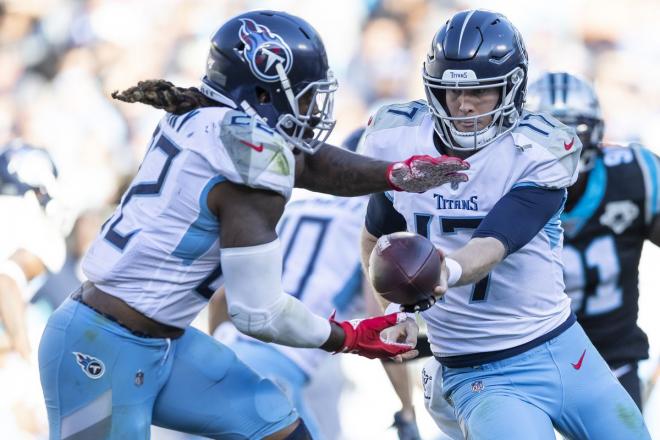 Which NFL Teams Are For Real & Which Aren't?

Hiring Kevin Stefanski is paying off in Cleveland. For the first time in a long while, the Browns are 4-1 and looking like a genuine playoff contender.

Thanks to head coach Kevin Stefanski, the team - at least thus far - is showing signs of cohesion. Baker Mayfield is starting to click with all that offensive talent, and the defense is solid.

Admittedly, that's exciting. But let's see where Baker & Co. are in another three or four games. If they're 8-1 or 7-2, then they could be said to be legit.

Bridgewater is brilliant in Carolina. Who would have thought the Newton-less Panthers could be 3-2 at this point in the season? QB Teddy Bridgewater, that's who.

Some pundits wondered if the former Vikings and Saints pivot was ready to become a starter. The answer would seem to be a loud, Yes!.

Solid and steady, he's been the leader the Panthers were looking for, and a shining example of how consistency at the quarterback position can make a so-so squad a playoff contender.

Dallas isn't done without Dak. Many fans wondered why the Cowboys signed former Bengals QB Andy Dalton in the off-season. Now we see why - his experience and poise under pressure.

As gruesome as Dak Prescott's ankle injury was, Dalton was unfazed when called upon. He led the 'Boys to victory, and has the skills and experience to lead them to the playoffs.

Drew Brees is may be showing his age. Granted, the Saints came back to beat Justin Herbert and the San Diego Chargers 30-27 after a slow start.

And granted, Brees was without his favorite target, Michael Thomas. However, his yards per throw is still low, and it looks like his arm strength is on the wane.

Only time will tell. But one thing is for certain: Herbert is on the rise, and even at this point in his illustrious career, Brees has something to prove.

TB12 is human. There it was for all the world to see when Tom Brady lined up behind center trying to engineer another last-minute drive to win a game against the Chicago Bears.

Simply put, Brady had a 40's moment, thinking it was third, not fourth down. He failed to convert, and the Bucs lost the game. Brady was livid on the bench as time ticked off the clock.

Question is, will this incident serve to sharpen his focus, or is he starting to lose it? If it's the former, the Bucs could go on a run. If it's the latter, it could be another mediocre season in Tampa.

The Raiders are a force to be reckoned with. While it's early, it appears that John Gruden and Mike Mayock might - at long last - be building a winner in Vegas.

In a shocker, the Raiders beat the Super Bowl Champion Chiefs 40-24 on the strength of a balanced offensive attack (Carr through the air, Jacobs on the ground) and staunch defense.

Don't look now, but the boys in black and silver could be for real.

Big Ben has another weapon. Who had wideout Chase Claypool in their fantasy pool prior to the Steelers-Eagles tilt? The answer would be few, if any people.

All the Canadian receiver did was score four TD's, three through the air and one on the ground. Now, opposing defenses will need to cover not only JuJu Smith-Schuster and James Washington - but the big, rangy Claypool, as well.

The Steelers are formidable both on offense and defense, making them a good bet to win their division and go far in the playoffs.

More than just Russ needs to cook in Seattle. First, the good news: the Seahawks are 5-0 due in large part to Russell Wilson's MVP-level play at quarterback.

Yet, all their wins have been by the skin of their teeth, and the 'Hawks defense, particularly the secondary - is banged up.

If Seattle's defense doesn't get healthy in a hurry - and more players don't contribute on both sides of the ball - the Seahawks could tumble from their lofty perch very quickly.

Are the Bears smoke and mirrors? It's a theme that's all too familiar in Chicago: great defense, mediocre offense.

Both Nick Foles and Mitchell Trubisky have been inconsistent at quarterback, making for an offense that struggles to score points.

If one of the two don't assert themselves soon, the Bears' 4-1 record could go south in a hurry, signaling what we all knew: they are a mediocre team at best.

The Titans are no mirage. Quite unexpectedly, Tennessee came out and thrashed the previously unbeaten Buffalo Bills 42-16 without practicing for three weeks due to COVID-19.

QB Ryan Tannehill is the real deal, RB Derrick Henry is a monster and the Titans' defense is underrated. This is a very good team that could make another run for the Super Bowl.