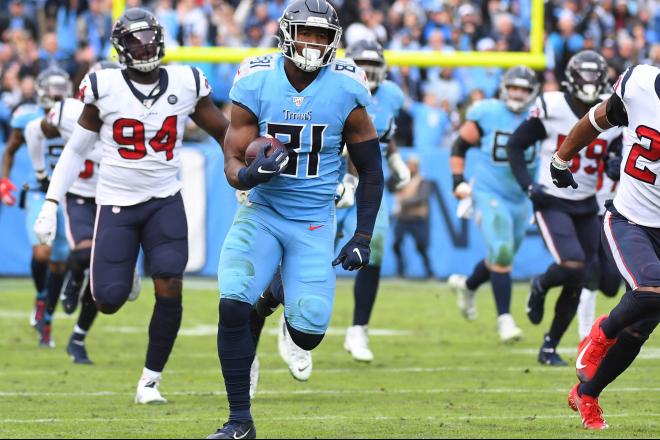 Well, I’m sad we don’t have Thursday night football especially as it’s a nice bridge into the weekend. What a tough life we live. But we must get through it, and thus, why not examine some of this week’s best players and a few you should avoid in Week 6’s 5 Starts & 5 Sits! This is better than Thursday night football anyways, right?

Big Ben is at home! Now, that isn’t enough to justify starting the veteran quarterback but here are a few reasons why you should:

Don’t forget that the Steelers are healthy in their skill positions with James Conner, who is a more than capable pass-catcher, JuJu Smith-Schuster, and now the emergence of Chase Claypool gives Big Ben some of the best weapons to succeed. Oh, and Roethlisberger hasn’t scored less than 18 points thus far. He’s a great play this week.

You’re going to see this name a lot in Week 6. Mattison should be the lead back for Minnesota this week as the Vikings will most likely rest Cook before their Week 7 bye. Mattison gets a juicy matchup at home against a high school defense in the Falcons. The Falcons are allowing over 20.7 points per game to opposing running backs and have allowed the most receptions and reception touchdowns to the position. Mattison will see tremendous usage on a prolific rushing offense, and Mattison will have designed pass plays that will put blockers out in front of him, so he has every opportunity to be an RB1 for fantasy managers in his one week of glory.

Shenault has seen a nice amount of usage in his rookie season and it looks like Gruden is comfortable designing plays around him and giving him opportunities to succeed. Shenault gets to face a Detroit defense that is allowing 27 points a game to opposing wide receivers. The Lions secondary can be easily exposed, and the pass rush is non-existent so Minshew will have time to make plays. Shenault has scored double digit fantasy points in all but one of his games this year. Lock him in as a top 24 wideout this week.

Smith is one of the best tight ends in the league right now regarding yards after catch. He’s an athletic freak. He’s also leading the team in targets through their first four games, seeing at least 7 targets in three of four games. In what should be a competitive game with top wide receiver AJ Brown drawing cornerback Bradley Roby, Smith will have every opportunity to remain the target leader and control the middle of the field. Smith is the TE2 in scoring on a per game basis, he is a locked in as a top 10 tight end for the remainder of the year.

Both of these teams are bad. But their offenses are really bad. The Giants cannot protect Daniel Jones in the pocket and he simply can’t stop fumbling. This offense has given up the second-most points to opposing defenses, so it’s a good game for the Washington defense to get back on track. As for the Giants defense, they play an offense that still has no clue what they are doing. Allen will start again this week behind an abysmal offensive line. The Giants haven’t been bad at rushing the passer this year and Bradberry is the second-best cornerback according to pro football focus. The Giants face an offense that has allowed the 4th-most points to opposing defenses. This is going to be an ugly game… and I can’t wait to watch it.

Mayfield has been hit or miss this year and isn’t the quarterback you’d feel excited about putting in your lineup every week, so why would you do it this week against one of the best overall defenses in football? He hasn’t thrown for 250 yards at all this season and he’s banged up with a chest injury. Stay away!

This may seem obvious, and well, it is. Let’s start with the fact the Gordon was just hit with a DUI and criminal speeding (at least in some states). The NFL takes a while to make decisions on things like this but the team may bench him for disciplinary reasons. Either way both him and Lindsay face a Patriots rush defense that is third-best on a points per game basis against the decision. Consider me out.

Samuel and Aiyuk will be a great wide receiver duo in the years to come, but not this week as both players will see the Rams defense who allows the least amount of points to wide receivers on the season and on a points per game basis. The Rams have allowed only one touchdown to a wideout this year and although that won’t be the season norm, these wide receivers will have a tough time finding space to do what they do best. There are better options.

On the other side of the ball, Higbee faces San Francisco, a defense that allows a mere 5 points per game to opposing tight ends. Higbee has been surpassed by teammate Everett the past two weeks and none of us, including McVay, know which one will emerge on any given week. It’s torture. A tough matchup and unpredictable usage equals bench.

I can keep this one brief. Opposing fantasy defenses against the Packers have scored the following points:

Am I predicting negative points? No. But is there a strong chance for this to happen against the offense who also gets Devante Adams back? Yes.