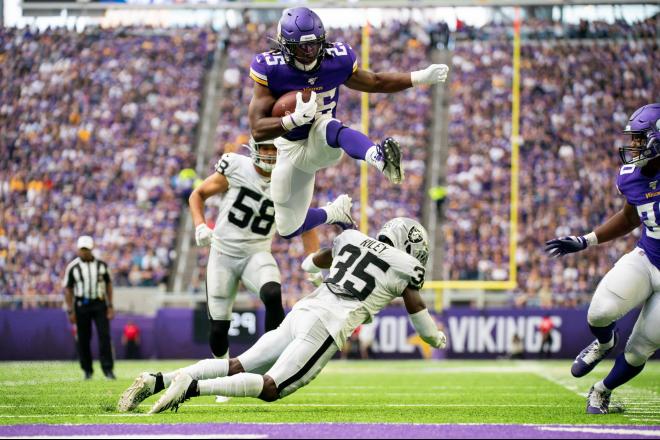 Week 5 concludes tonight after the Bills head to Tennessee to take on the Titans. This article will be updated after the game.

Although it was a slow injury showing for fantasy this week, we unfortunately saw a dominate player suffer a season-ending injury. This year, and the years that follow, we must remember that although injuries may hurt our fantasy teams, civility must persevere as what we feel as fantasy players is no comparison to the real-life consequences these players face. Players like Marlon Mack and Dak Prescott, who we will mention in this article, not only face a long recovery from their respective injuries, but they are also in contract years. For Dak, it could be the difference between a long-term deal or the franchise tag again. For Mack, it means free agency. We should all hope for these players to remain healthy as fantasy football is simply greater when you have all the talent on the field. With that all said, we have another Injuries and Opportunities article to tackle. Let's get to it.

Dak suffered a gruesome looking season-ending injury Sunday and will be replaced by Andy Dalton. Dak was on pace for a record season, a pace Dalton will not inherit. However, Dalton does inherit terrific offensive weapons with Lamb, Gallup, Cooper and Elliott. Dalton looked good in Dallas’ comeback win against the Giants, but that doesn’t mean offensive coordinator Kellen Moore is going to let Dalton sling the ball 40 times a game. The Cowboys will do whatever they can to lean on the run and slow games down. This will cap the upside of all Cowboy receivers. The issue here is the Cowboys defense is still very bad. The Cardinals are a good offense and the Cowboys may find themselves in need of a comeback… again. Dalton has the tools to be decent for fantasy, but with a run-heavy scheme and beat up offensive line, Dalton is no more than a QB2.

Chark has suffered his second injury of the season and besides Week 4, he has been underperforming already for fantasy managers. Chark is questionable and you should monitor his practice involvement this week. If Chark is unable to go, Shenault will see the biggest bump. The matchup against Detroit is promising, so Shenault can perform as a WR2 if the volume persists. Cole will be more of a dart throw in deeper leagues as he has flashed here and there but isn’t getting consistent usage. Minshew is worth mentioning here, we saw the game against Miami where Minshew struggled without his top wideout, I would predict more of the same in this game if Chark were to miss time.

Sammy Watkins is injured again, which opens the door for Mecole Hardman to see more volume. Hardman and Hill are similar players and Andy Reid does a great job at utilizing his speedsters. But, Hardman is still hard to trust knowing that any given week he can bust. Still, if Watkins misses time, flexing Hardman can easily win you a week if he booms. It’s a shot I’ll take against a Bills defense that really hasn’t looked great thus far. But remember, there is risk. Hill… well, you’re playing him.

Cook was on pace to have an explosive game against the Seahawks before exiting in the third quarter with a groin injury. It looks like the Vikings will play it safe with their star running back and rest him next week before their bye. Mattison ran for over 100-yards last week with Cook out, further proving why he is one of the top handcuffs in fantasy right now. Mattison gets a terrible Atlanta defense next week and should handle majority of the work. Mattison is a safe RB2 with RB1 upside this week. Spoiler, you just may see him in our starts and sits on Thursday…

Johnson has suffered yet another injury this year but looks like he will be good to go next Sunday according to head coach, Mike Tomlin. If Johnson can't go, Washington should see a lot more of the field (last week seeing over 90% of snaps). But, we can’t ignore Claypool's performance. Claypool looked amazing last week but don’t expect that every week. Johnson’s injury does open the door for Claypool to see the field more. Washington and JuJu will still take majority of the outside work, but Claypool proved he only needs half of the team's snaps to perform well. If Johnson is out, Washington and Claypool are viable flex options and JuJu’s floor gets a raise. The Steelers get the Browns secondary next week.