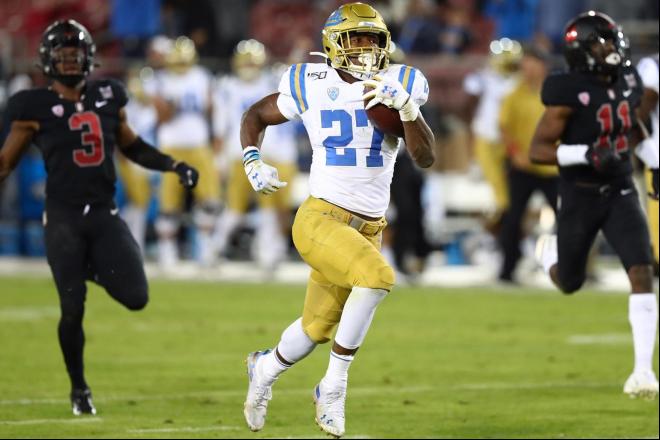 It warms my heart when I don’t have to write a massive article about injuries, especially when they don’t include all of our first-round draft picks. Everyone in the league seems to be playing smarter, other than the entire Titans organization, which looks like they are actively attempting to ruin the entire season for everyone. But that’s a whole different story. Now, while I said there weren’t any big injuries to our first-round picks like we saw through the first couple of weeks, we did see some second round guys fall this week. But they leave behind tremendous opportunity and I’m here to tell you who to jump on the waiver wire for or maybe even throw into your lineups for a nice steamer play. So, without further delay, let’s get into some injuries and opportunities.

After being a hot waiver wire add a few weeks ago, Kelley has since slowed down totaling a pedestrian 50 yards on 15 carries with one fumble. This is the second wave to pick him up though as he should be the lead back while Eckler is miss some serious time. With solid matchups in the next few weeks against the Saints, Dolphins and Jags, if Kelley is available in your league pick him up now. The Chargers are ranked 9th in rushing yards this year and will continue to establish the run to take pressure off of their young rookie quarterback. If you already have Kelley on your bench, he jumps into the RB2 conversation now that he can command touches with Eckler out. Justin Jackson on the other hand might be used as a flyer this week as they play the Saints in a possible shootout, which could see Jackson on the field more.

Nick Chubb will be missing at least three games as he heads to IR. The fantasy managers who have Hunt should be absolutely ecstatic. Hunt has been playing fabulously the last 3 weeks, having totaled 236 yards and 5 TDs in his backup role. With Chubb missing time, Hunt enters the RB1 talks right away. Now with D’earnest Johnson, I wouldn’t waist a top waiver spot on him but if he falls to you it would be a nice addition. Kevin Stefanski loves running the ball, as shown by the Browns' current first place position in rushing yards by a wide margin (175-yard margin to be exact). However, keep in mind that the next two weeks are against two of the best defenses in the league, the Colts and Steelers. So, the safe play is Hunt in these games, as I don’t see Johnson doing much against top caliber run defenses.

As stated, it has been surprisingly slow for injuries after the first two weeks, but the Mile High team suggests otherwise. Jeudy was in my article two weeks ago when Sutton went down and he shows up again. With the main target in tight end Noah Fant going down and most likely missing a few weeks, Jeudy’s target share is going to skyrocket. Tim Patrick slid in nicely as the Broncos' second wide receiver option as he produced a 6-catch game for 113 yards and a score. With Lock on schedule to come back this week, the passing offense should ramp up and Jeudy looks to be a safe flex option week in and week out. I wouldn’t play Patrick this week against the Patriots, but after that the Broncos face the Dolphins and Chiefs in back to back weeks, which raises the value of Patrick as a streamer option, so maybe get the jump on him now.

Howard's injury is just big news because of the severity of it. Howard is out for the entire season with a ruptured Achilles. There were already more mouths to feed than a family cookout with the Bucs offense and honest to say, losing Howard won’t make much difference in Brady’s offense. The only opportunity I really see is big ol' Gronk. There was a lot of hype with him coming back this year and now with Howard out, he is the next in line to step up as the TE1. He will see a higher target share and maybe have some plays designed for him. He is in the low-end TE1 conversation now. As for the entire Buccaneer wide receiving corps, Evans was hobbled most of last week’s contest against the Chargers but still put a up a great stat line. He is, however, the most in danger to sit out as they have a short week in a game against the Bears. If he is good to play, he is in your lineup, but if he misses time, the two wide receivers (who are also dealing with injuries) will be the primary benefactors. Watson and Miller are both likely to play and if Evans were to sit out, it makes Scotty Miller a safe low-end WR2 with Watson a mid-WR3. However, Miller is the receiver I’d be more comfortable playing since we have seen what he has already do with Brady.

Kenyan Drake was playing poorly before going down late in the game to a chest injury. The injury did not look too severe but should be monitored. Drake did practice in a limited walk through on Monday, so it looks like he will be good to go by Sunday. If Drake were to miss some time or receive a lighter work load, Edmonds would be a solid streamer this upcoming week against a so-so defense in the Jets. Edmonds has shown he is a good pass catching back, hauling in 13 catches and two touchdowns in a limited role. With Murray also using his feet, Edmonds could come in and take a few more carries himself and prove to be a nice safety net and could be a high risk/high reward flex play this upcoming week if you are desperate.