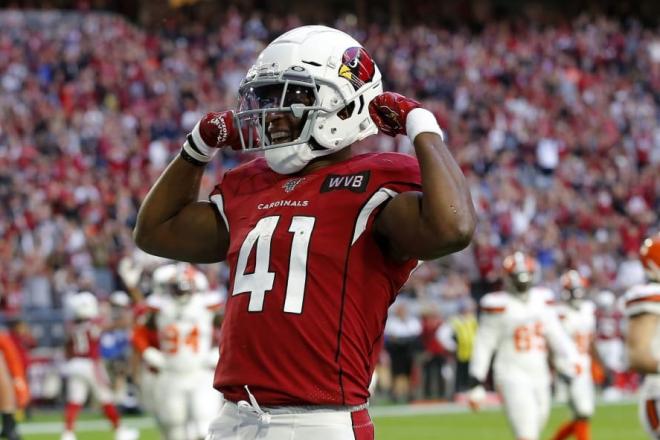 I’m sure at this point this may sound like a broken record, but Week 2 was about as bad as it gets from a fantasy perspective. At least six players tore their ACL last Sunday, which may be the most we have ever seen in one week. Multiple MCL sprains, toe and hamstring injuries have plagued the last two weeks, so let’s hope for the players’ sake, and for our own sake (selfishly) a healthy Week 3!

As the season continues to progress, more and more statistics present to us what may or may not be the norm for the season. But with a lot of injuries and waiver additions, things still seem murkey for a lot of us. So, with that said, here is our 5 Starts and 5 Sits to help you navigate a tough Week 3!

Gardner Minshew has been efficient thus far and whether it continues season long or not is a conversation for Week 4 because Minshew gets to face a bad Dolphins defense without Byron Jones this Thursday. Minshew usually doesn’t get the credit he deserves for how mobile he can be (9 carries in the first two games) as he ran for 344 yards in 2019, ranking fifth among the position. DJ Chark Jr., although not yet broken out as we were expecting, has been extremely reliable for Minshew and with the emergence of rookies Laviska Shenault and James Robinson, the offense has opened up for Minshew to prove he is their quarterback of the future.

Now, all of you who own Drake should be starting him week in and week out, but the main point here is to keep some of you from trading him away. Drake has been pedestrian throughout the first two weeks, but do you see Derrick Henry owners dropping him to waivers after two weeks? You shouldn’t be. Drake is an extremely talented running back who fits this system perfectly. Not to mention, he is on one of the best offenses in football right now. Drake was unfortunate to face two of the best defenses against the run but look past that and you see tremendous volume (40 touches so far) and a beautiful matchup against the Lions. The Lions have given up the second most rushing yards and third most fantasy points to the running back position through the first two weeks. He may end up top five this week and if you don’t have him, trade for him. Drake has an upcoming schedule against the Panthers and the Jets.

Williams only has one more shot to prove himself to fantasy owners as we are already seeing him drop to about 50% rostered in ESPN leagues. Williams was fantastic last year in essentially the same regime, so what has changed? Well, so far he has brought in a mere three catches on 12 targets. That’s not good. Now, a couple of positives we can take away from this is that he dropped a key pass that would have been a touchdown, so we know he is getting the opportunity and he can turn it around. The other thing we need to understand is that he had to face New England and Buffalo. Now, he faces a weak Jaguars secondary in a game where he should continue to see a sufficient number of targets. The opportunity and matchup are there, and I think Williams bounces back on Thursday night. Look, maybe I’m lost in the Beard versus Mustache showdown… but is that such a bad thing?

Thomas has emerged as Dwayne Haskins’ second option behind Terry McLaurin. Well, they’re actually tied in targets through the first two weeks with 17. However, the point here is that not only is Thomas tied for third in targets among NFL tight ends, but he also gets to face a Browns defense that has surrendered the sixth most yards and second most touchdowns to tight ends thus far. If you need a streaming option, and maybe potential high-end TE2 at any given week, Thomas is your guy. Oh, and Rivera has historically used tight ends and I think it’s showing.

The Buccaneers defense looks good, and although I still think their secondary is suspect, they get to face Jeff Driskel this week. I feel like I can stop there, but I’ll continue with this… Denver is also missing their top wide receiver in Courtland Sutton. Denver will lean on the run as much as possible, which is where the Buccaneers defense thrives, and leave little to desire in total yardage by the end of this matchup. Tampa is a great streaming option this week against a depleted offense.

Derek Carr has been amazing through the first two weeks and although I believe he can consistently perform well for the entirety of the season, I wouldn’t be playing him on the road against New England. Carr’s mantra is the short underneath pass, and unlike New Orleans, New England will shut off his safety valve in Darren Waller (New England is third against opposing tight ends.) The Patriots lead the league in interceptions and won’t struggle covering their two rookie wideouts Henry Ruggs III and Bryan Edwards. I imagine this being a quick game where the Raiders will want to control the clock with Josh Jacobs instead of uncharacteristically leaning on the pass.

The Panthers travel across the country to play a top five defense in the Los Angeles Chargers, and they do this without star running back, Christian McCaffrey. Mike Davis will be the clear-cut running back in his absence and although he walks into a nice workload, he won’t be fortunate enough to face an easy defense. Behind a subpar offensive line and an offense still figuring out its identity, it’s safe to say pinning the backup running back versus the best defense against the run (tied with the Ravens) is not a situation you want to put yourself in as a fantasy coach. Davis is a good waiver wire addition, but don’t expect much in Week 3.

The Bills offense is looking great with Josh Allen playing like a true MVP candidate. Brown has looked good thus far too, but it wouldn’t be realistic starting out his first two weeks to be the season norm. Brown is still the number two option and he has been fortunate to face the Jets and the Dolphins. Now, he faces the third best defense against wideouts in, what should be, a defensive battle. Over half of Browns receiving total in Week 2 came on one play where he caught a 46-yard touchdown in the 4th quarter, that’s basically what you will be hoping for this week but he won’t have the luxury of soft coverage and Allen won’t have all day in the pocket for deep shots down the field. Brown is averaging 18.6 points a game, that will not continue this week against the Rams.

Herndon is a great player, but we will never have the opportunity to see that as long as Gase is still the coach in New York. He should be fired, but I’ll try not to go on an anti-Gase rant… again. Herndon faces a Colts defense that has allowed the fewest yards to tight ends this season. He is essentially the only receiving option left on this team, and you may see his 11 targets and think, “Oh boy, that’s not bad.” Until you see that he is averaging 6 yards a catch. The Jets aren’t utilizing him in an efficient manner and against a top defense for opposing tight ends? Eh, he’s on the bench… again.

The Ravens are one of the best fantasy defenses, so it’s hard to sit them. But they face Kansas City and no defense should ever feel safe in this matchup. In Week 3 of last year we saw this same game, but Kansas City was missing Tyreek Hill and didn’t have the electric player in Edwards-Helaire, yet this offense still put up 503 total yards and 33 points. Let’s just say this should be the game of the week. Don’t start the Ravens defense or the Chiefs defense.

Chris Hexter is a former Towson University Tiger who majored in Communications while minoring in Mass Communication Studies. Chris is a fantasy football writer and public relations and marketing professional for manufacturing and IT companies. Besides beating his friends in his home league, Chris enjoys shanking balls in golf, gaming, and spending time with his loving girlfriend (she made him say it). You can find him on twitter at https://twitter.com/ChrisHexter?s=09

Questions, comments, suggestions and basically any communication on this piece are welcome. Follow me on twitter @ChrisHexter and I'd be happy to answer any fantasy football question you may have.