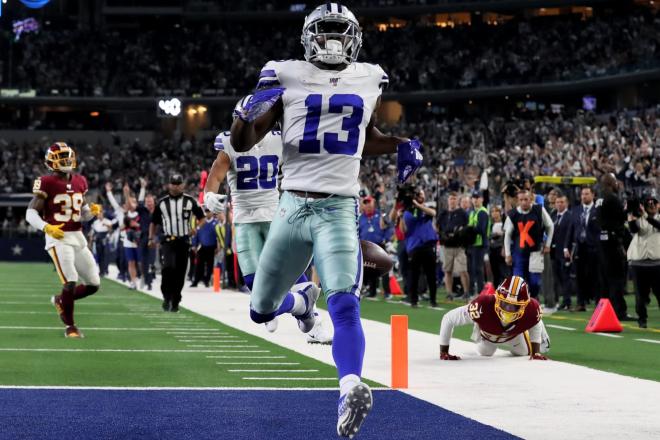 Week 1 is in the books. I hope you had a successful week, or at the very least, had some fun watching football. As we enter Week 2, a lot of us are already dealing with some injuries. If you haven’t already, go check out the Injuries and Opportunities article for the fantasy implications of each injury and who should benefit the most.

Now, as we get further into the 2020 season, certain trends become more solidified as fact. In other words, we need more time to see what is true to the season norm and what is not. For example, I can tell you that the Buccaneers, Cardinals and the Dolphins defenses will not be the best three defenses against the wide receiver in 2020 (as they currently are in terms of yards allowed to the receiver position.) I can also tell you that Mark Ingram will play more snaps next week compared to Week 1 because the Ravens were up by three scores at the half against the Browns. His snaps and rushing usage was a simple decision to help keep Ingram healthy during a blow out game, not because he is already being replaced by J.K. Dobbins… not yet at least. But some things we can predict to be true, such as the Ravens defense being very good against the pass, the Steelers will be amazing against the run and the Lions will never throw to D'andre Swift when the game is on the line.

But, with the season still developing, we have another 5 Starts & 5 Sits that will help you survive Week 2.

The Lions let Mitch Trubisky come to Detroit and throw for over 240 yards and three touchdowns. Now, the Lions have to go to Lambeau and face Aaron Rodgers? The same guy who threw for over 350 yards and four touchdowns against Minnesota now gets to face a bad secondary, a front seven that creates little pressure on the quarterback, oh, and just placed Justin Coleman on IR. Rodgers should be in lineups.

Where do I start? Well, Marlon Mack is out for the season after suffering a torn achilles. So, Taylor and Hines are the guys now, and they get to run behind the best offensive line in all of football. Taylor should see the majority of carries against a Minnesota defense that gave up 139 rushing yards last week (3rd worst), he should also handle a majority of the goal line work, which fantasy owners will like to see. But, Hines gets the nod too, as Rivers actually prefers to have a passing down back in the redzone, as we saw last week when Hines scored two touchdowns. I can’t preach this enough, Phillip Rivers loves to throw to his running backs. Last week, Colts running backs caught all 17 of their targets. SEVENTEEN. Now, that number will regress to the mean but it will be above league average, I can promise that. Oh yeah, and on top of that the Vikings gave up nine catches to Green Bay running backs the week prior, tied for second behind the Jaguars (who the Colts just faced) and the Arizona Cardinals. Taylor is a fringe RB1 with Hines being a low-end RB2 in PPR formats.

Vegas has this game as one of the highest scoring affairs of Week 2 (52.5 over/under). I’d take the over on this one. I believe in the strength of both offenses, and I don’t have a lot of confidence in either defense shutting the other out. I could have put all of the Falcons pass catchers here as well, but I don’t think you have all day. Anyways, Amari Cooper will see enough targets and he should be a set-it-and-forget-it WR1, just as you drafted him to be. I also believe that Gallup can sneak into high-end WR2, low-end WR1 numbers this week, just like Metcalf did last week in the same matchup. But Lamb is the guy some of you may be hesitant to play and I understand that. But the numbers you see by their names are last week’s snap count. Lamb is already in the Cobb role from last year, who saw 80 targets in his first year in the system. Now, Lamb is walking straight into it. Also, the main target in the middle of the field, Blake Jarwin, is out for the season. Lamb should see at least six targets in this game and has the athletic capability to take a drag route to the house. Pair that with an easy matchup in what should be a high scoring game, he should be in your flex.

Last week, Hunter Henry and Tyrod Taylor connected five times for 73 yards. After receiving eight targets, which tied for second on the team with Keenan Allen, it is clear Taylor trusts Henry. Now they’ll have to keep up with the high flying Kansas City offense, but not to worry, the Chiefs defense was 28th against the tight end position in 2019 and allowed 58 yards and one touchdown to Houston’s Akins and Fells in Week 1. Henry is much better than both of those names and is a featured part of the Chargers offense. We may see Henry reach paydirt for the first time in 2020, who will garner enough targets to deliver safe TE1 numbers.

Washington’s defense may not be a fluke, but the Eagles offense is definitely NOT a fluke. They are struggling right now and Aaron Donald and the Rams will only continue to exploit that. The Rams allowed only 17 points to a good Cowboys offense and blew past their top five offensive line to get three sacks. The Eagles should get Lane Johnson and Miles Sanders back, but that’s not too worrisome for one of the top defenses in the NFL.

Watson is a great quarterback, but we saw in Week 1 that without Deandre Hopkins this offense is nowhere near as explosive as it once was. The Ravens are one of the best defenses in the league, who just last week allowed only 189 passing yards on 39 attempts against the Browns. Without Hopkins, Watson’s floor is lower than ever before. In a game where the Texans will struggle to keep up, mistakes will be made. There are better options at quarterback for Week 2.

I love Carson, so this hurts. Although he had a great fantasy performance last week, Carson only tallied six carries on the ground and six catches through the air. Now, he turned that into 66 yards and a pair of scores, but that was against a weak Atlanta defense. New England's defense is a different animal. Although they aren’t going to be as unstoppable as they were last year, they are still very good. Carlos Hyde came in and ran the ball one more time than Carson and that split in carries won’t change this week as Pete Carroll insists on easing Carson back into football after the hip fracture he suffered in 2019. Carson will get going as the season rolls on and I know some of us can’t bench him right now, but in a limited role against New England, this matchup scares me.

I’m going with the quarterback/wide receiver stack today. Fuller is the new target hog for this offense and is still a big play type of guy, I get it. But against the Ravens’ Humphrey and Peters-led top defense, Fuller's upside will be limited and his floor is capped. Last week, Odell Beckham Jr. was targeted ten times but only caught three of them for 22 yards. That’s the same attention Fuller will receive and although I believe he will have a better stat line than that, it won’t be worthy of even a flex play unless you are in a very deep league. I see this as more of a Cooks or Stills day where the only thing open is the underneath routes, especially in garbage time. I’m out on Fuller this week.

Last week, Jets tight end Chris Herndon saw nearly a 20% target share of his team's passes. He saw seven targets, converting that into six catches for 37 yards and a fumble. Gesicki may see a similar stat line against a top defense that ranked 2nd against the tight end last year. The Bills brought back most of their defense and showed us they are a legit contender this year. Miami will struggle on offense and without Parker, the Bills will only have to focus on Preston Williams and Gesicki. Gesicki will disappoint in Week 2.

The Vikings are currently the worst defense in fantasy, so I know I don’t have to tell many of you to sit them. However, I am doing this for a couple reasons:

Reason 2: They face a more than capable offense in the Colts, who put up 445 total yards of offense last week.

Reason 3: They are still rostered in over 60% of ESPN leagues.

Reason 4: Now I never have to tell you to sit them again.

Drop this defense and create room for some depth by adding guys such as Robby Anderson, Benny Snell, Malcolm Brown, James Robinson, Parris Campbell, Jonnu Smith or Noah Fant (a favorite of mine).

Chris Hexter is a former Towson University Tiger who majored in Communications while minoring in Mass Communication Studies. Chris is a fantasy football writer and public relations and marketing professional for manufacturing and IT companies. Besides beating his friends in his home league, Chris enjoys shanking balls in golf, gaming, and spending time with his loving girlfriend (she made him say it). You can find him on twitter at https://twitter.com/ChrisHexter?s=09

Questions, comments, or suggestions on this piece are welcome. Follow me on twitter @ChrisHexter and I'd be happy to answer any fantasy football question you may have.