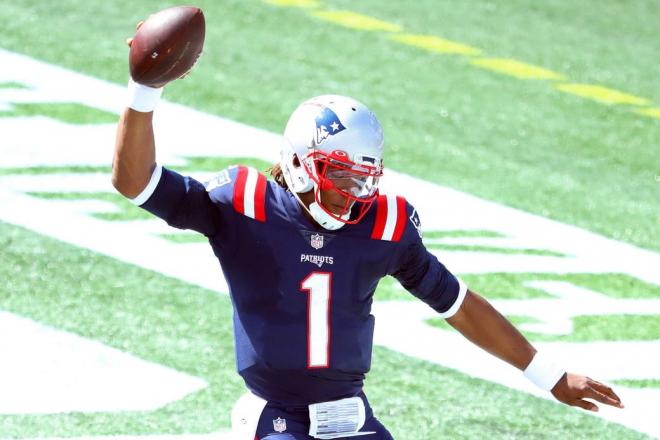 Granted, it's a small sample size, but it appears we can draw some pretty firm conclusions about how teams and players will fare during the rest of the 2020 NFL season.

The New England Patriots will be competitive

Predictably, there were questions about how Cam Newton would fare in his first game as Tom Brady's replacement.

Well, the former league MVP passed for over 200 yards and carried the pigskin for 75 more. If the hulking QB can maintain that standard of play - and stay healthy - the Pats could well make the playoffs and compete for first place in their division.

Pittsburgh figures to be a force

Last year, the Steelers - despite having a stout defense - struggled and missed the playoffs with two inexperienced quarterbacks at the helm after Ben Roethlisberger went down with an elbow injury.

Don't look now, but Big Ben is back with a vengeance.

After a slow start, he lit it up, showing excellent chemistry with wideouts JuJu Smith-Schuster and James Washington. It just goes to show you how much it means to a team to have an experienced QB at the controls.

While it's a big if, if Gardner Minshew plays even close to the way he did last Sunday - going 19 of 20 for 173 yards and three TD's - the Jags might not be the sad sacks everyone predicted them to be.

Of course, there are plenty more games to be played, but if Minshew can come anywhere close to his 142.3 QB rating and he gets a little help on both sides of the ball, Jacksonville might win six or seven games in 2020

Joe Burrow is the real deal

Simply put, the league's number one draft choice didn't look out of place in his pro debut.

Burrow was poised and steady, making only one real bad throw while using his legs to score a key touchdown. While he inevitably will experience ups and downs during his rookie season, the former LSU standout looks ready to establish himself as a future star.

If new head coach Kevin Stefanski can't get everything under control quickly, things could go south for the Browns in a hurry. Once again, QB Baker Mayfield was erratic and WR Odell Beckham Jr. was underutilized as the Browns fell flat in a 38-6 loss to the Ravens.

Brady and the Bucs need work

Suffice it to say, TB12 and the Bucs are a work in progress.

The Brady-led offense was sporadic, their defense was mediocre, and, honestly, the Bucs looked much like teams do when they're searching for chemistry in the pre-season. With no such luxury now, Brady and company had better find their chemistry fast.

For some reason, Dallas' new head coach, Mike McCarthy gambled on fourth down instead of going for a sure three to tie the game against the Rams. That was the turning point as the Cowboys lost 20-17 to L.A..

Meanwhile, Broncos' head coach Dick Fangio mismanaged the clock in the late going, giving QB Drew Lock under 20 seconds to drive down for a tying field goal. Both losses were frustrating for two teams who had their fair share of frustrating losses last year.

Call them small, but mighty. Once again, Russell Wilson and Kyler Murray put on a show in their teams' respective opening-day wins.

It's going to be a fun year watching mobile QB's like Wilson, Murray, Mahomes, Jackson, Watson - and, yes, the Packers' ageless Aaron Rodgers - make something out of nothing with their incredible mobility and uncanny full-field vision.