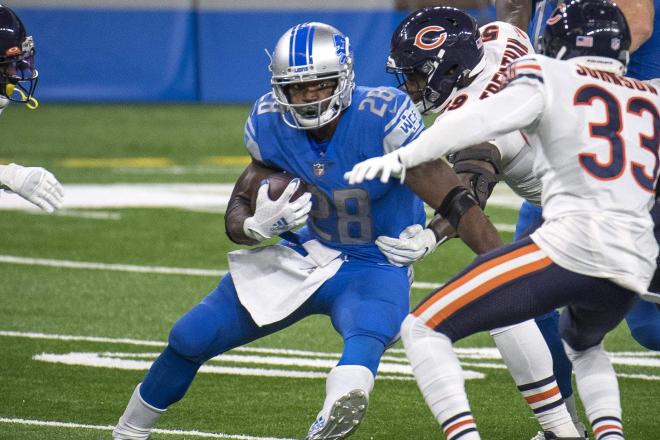 Football is officially back, and we could not have asked for anything more. Just a few months ago, people thought there wouldn’t be a season, so a lot of us are simply happy to see games on Sunday. But man did some people shine and there were several shocking games and some upsets too, whether it be Swift dropping the wide-open game winning touchdown or The WTF and the Bears making crazy comebacks. More importantly, we also saw a lot of people on the waiver wire going off in Week 1 and I’m here to tell you who out of that bunch is a worthy waiver wire acquisition.

Speaking of Swift choking, Adrian Peterson showed why he is still well-deserving of a starting job in the NFL at age 35. Just over a week ago, Adrian Peterson was cut from Washington and the Lions immediately picked him up. Most people left him on the wire because of an already crowded and unknown backfield in Detroit with Swift and Kerryon Johnson. Well, Peterson lead the team in carries with 14 and ran for 93 yards, he also had 3 catches out of the backfield, which is shocking for the veteran power back. After this week’s performance, Swift losing the game on the dropped pass, and Johnson under-producing, you should pick AP up immediately as he will see the bulk of the carries next week against a modest Packers defense and maybe even the weeks that follow.

Before the season started, I would have told you to stay far away from anyone on this offense other than Terry McLaurin. I am changing my tune after this week. Thomas lead the team in targets with 8 and caught 4 passes for 37 yards and a touchdown. There were several reports over the offseason about the good connection between Haskins and Thomas. Haskins needed to find another solid target outside of McLaurin to have a successful year and Thomas looks like he will be that guy. Next week the WFT plays the Cardinals who were dead last against tight ends last year, surrendering a league-high 16 touchdowns and over 1,100 yards to the position. Thomas should be an easy pickup this week that will shock the other players in your league, but will make you look like a genius in due time.

After being drafted in the 4th round this offseason there was little to zero hype for Kelly as a viable fantasy option. After Sunday’s game it is a completely different story. He is the legit power back and goal line back for the Chargers and he will get a solid number of carries while splitting backfield duties with Austin Ekeler. He is only owned in about 11% of leagues as of Week 1, but make sure to pick him up right away because he will continue to get about 15 carries a game including most of the goal line opportunities. With Tyrod Taylor at quarterback, head coach Anthony Lynn will look to run the ball a lot and control the game with his stout defense. Kelly will continue to get more carries after this performance and might sneak his way into your lineups if the matchup is right, which should be the case next week against the Chiefs defense.