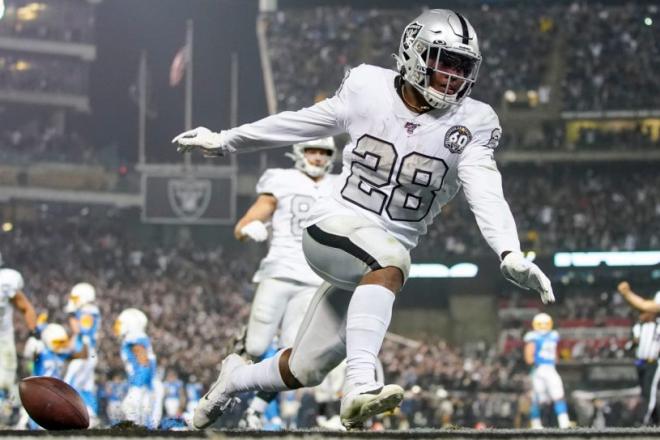 Football is back! The moment we have all been waiting for his finally here and with that, our weekly 5 Starts & 5 Sits article returns! Now, in Week 1 I recommend that you play all the people you drafted as your starters - let’s avoid tinkering in Week 1. I try to avoid from putting people like Christian McCaffrey, Patrick Mahomes, Michael Thomas or George Kittle on these lists because they are superstars who you drafted to be just that, and unless injury occurs, they should be in your lineups indefinitely.

For those who haven’t read these articles before or to those of you who are entering the stressful yet exciting world of fantasy football for the first time, welcome! I hope luck finds it way to you.

That’s enough pandering. Let’s get into 5 Starts and 5 Sits for Week 1!

The Giants allowed the 5th most yards to the quarterback position in 2019, they were also 3rd worst on a points per game basis against the position. They were bad. As we go into 2020, it looks like their secondary is even worse. I think at one point in camp, the corners had tennis balls taped to their hands so they would stop holding receivers. I haven’t been a huge believer in Big Ben this year, especially if he is not at home, but this matchup in Week 1 is as good as it gets.

Well, that didn’t last long. Jacobs is a stud and if you have him, you had to spend high draft capital for him. I tried to avoid superstar players but come on… a matchup against the Panthers who allowed the most rushing yards and touchdowns to the running back position in 2019? It’s perfect. Plus, this defense got worse. No Kuechly, no Dontari Poe, No Gerald McCoy, and that’s just up front. The stars have aligned and Jacobs will capitalize.

Need a cheap fantasy option for Week 1 with high upside? Look no further than the only receiver left on the Eagles roster. Alshon Jeffrey is still out and first round rookie Jalen Reagor will miss Week 1 as well, which leaves Desean Jackson as the main beneficiary. Last year, Jackson played one game. This one game, however, was Week 1 against… Washington. In this game his stat line looked like this, 8/154/2. He has the chance to do it again, I’m not saying he is locked in to do so, but he has the opportunity against a secondary that tied for the 3rd most receiving touchdowns allowed at the position. If you need a desperation flex play in Week 1, Jackson will fit in nicely.

In a primetime matchup, I believe Higbee picks up right where he left off in 2019 when he was 8th in scoring among all positions. He got paid and I always follow the money. McVay realized what he had and made sure he didn’t go anywhere, so I’m not concerned about Gerald Everett. When Higbee went on a spree at the end of last year, the Rams made an adjustment and were running a lot of 12 personnel (two tight end sets). There is no more Gurley or Cooks, so targets are up for grabs. With this offense making the switch to 12 personnel, combined with a matchup against a Cowboys defense that allowed the 3rd most yards to the tight end position, give me some Higbee!

The Jaguars are tanking on purpose. Besides Chark, no one on this offense worries me anymore. The Colts front should be able to get to Minshew early and often and the run game will be non-existent. The Colts are a safe play in Week 1 and virtually free in most leagues.

I am a believer in the Jones year two leap. I am. But, against the defense that allowed the 4th lowest points per game to the quarterback position in 2019, that’s not an ideal start. I’d look somewhere else in Week 1.

Zack Moss, Devin Singletary, Frank Gore and LeVeon Bell. Now, one of these guys you may be forced to play (Bell). But, unless you are in a full PPR league, I don’t like the prospects of any of these players Week 1. The timeshare backfield in Buffalo scares me enough, but going up against a defense that allowed the 3rd lowest total yards to running backs last year is the cherry on top. I know the Jets defense lost some pieces, but the timeshare hampers our ability to predict who will have the good game if there were to be one.

As for the boys in New York, I dislike Gase. Let’s start with that. He may be the worst coach in NFL history. Gase has LeVeon Bell in the backfield and he signs the eternal, fountain of youth himself, Frank Gore. Gase came out and said Gore will definitely be involved. The offensive run game will already be terrible, and Bell was barely an RB2 last year after handling essentially every touch possible in the backfield, and now he’s going to lose some touches? Nope. I’ll stay away from both sides in this one.

A.J. Green should have been cheap in your draft, so it won’t hurt if you sit him in Week 1. I think if Green plays a full sixteen games, we will be talking about Green as a WR1. But, I’d prefer to wait and see, especially in Week 1 where he is coming off an injury and was limited in camp (therefore limited in reps with the new, young QB). Combine that with the fact that he will face the Chargers defense (4th fewest points allowed to WR’s in 2019) who paired Chris Harris Jr. with Casey Hayward this offseason, I am out on A.J. Green Week 1.

Hooper is a talented tight end, who will be going to a run first offense that has a lot of mouths to feed. Not to say that he won’t get his fair share of opportunity (unlike Njoku), but I am not terribly high on the prospects of Hooper unless its in a good matchup. This is not one of those matchups. The Ravens gave up the fewest points to the tight end position last year, bundle that with the run-heavy scheme, courtesy of Stefanski, and there won’t be enough opportunity in a difficult matchup to see Hooper finish in the top 12 among the position in Week 1.

I think the Seahawks defense will be okay this year, but I don’t like their Week 1 matchup against what should be a high-powered offense. This defense is a completely different entity at home, but that is not a luxury they will have going into Week 1 when they face Julio Jones, Calvin Ridley, Todd Gurley, Matt Ryan, and even Hayden Hurst. Avoid the Seahawks defense until the right matchup.