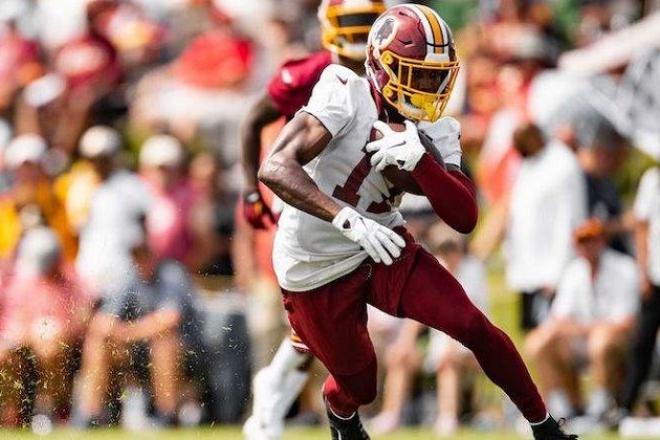 The 2020 season is right around the corner, so it’s time for a little draft advice. Everyone loves a great top pick; one of those big name guys, but it’s the mid-round picks that will be the key pieces to a championship run. The picks you make in rounds 5-9 are the players that you will be talking about and thanking for making the big plays when it mattered and earning you those clutch wins for bragging rights. These are 5 guys that you need to draft that will be the backbone of your fantasy football team.

Brown has never been a true WR1 and he never will be. He is a solid veteran who has mostly been middle of the pack his entire pro career. But I’m telling you now that he will be a solid WR2 in 2020. After playing with the Cardinals for a couple years and suffering a good deal of injuries, the Bills wanted Brown to be the deep ball target for their, at the time, new strong arm quarterback, Josh Allen. In the first year together, Brown was targeted 115 times for 72 catches and 1060 yards which were all career highs. Look for those numbers to get even better. Josh Allen has an absolute cannon and he’s going to be even better and more comfortable in the pocket in year three, which means more deep bombs. The Bills also traded for Stephon Diggs, which is great for Brown. Opposing teams will put their best corner, or possibly double cover Diggs, resulting in more one on one situations for Brown. With the improvement of Allen and the addition of Diggs, look for several long TDs and a consistent target share for John Brown.

With Tom Brady gone, someone in New England has to step up and be the face of the franchise, and it’s not Cam Newton. Sony Michel is going to demand carries. While the former first round pick has rushed under 1,000 yards the last two seasons, Sony Michel will find his stride and rush for well over 1,000 yards and 10TDs this season. I predict he will near 300 carries after only receiving 247 last year. Why? Belichick can afford to go with a more run heavy scheme, thanks to their great defense. However, what they can't afford is turnovers in this sub-par offense. His starting QB is coming off a few injury riddled seasons which caused him to miss most of 2019. Not to mention his top two wide receivers are 34 and 31 years old. Belichick is going to put faith in his young RB to fuel this offense. Sony is going to be on the field for 1st and second down and get every single goal line carry. He will be a solid RB2 year round.

Last year was a huge year for rookie WRs around the league, but the one that partially flew under the radar was Hollywood Brown. He was the first wide receiver taken in the 2019 draft after a great two years at Oklahoma. He was picked for his blazing speed as he has already shown that he is one of the fastest wideouts in the NFL today. He only had 71 targets last year bringing in 46 catches. After a hot start through his first 3 games where he caught 14 passes for 282 yards and 2 TDs, he suffered a rough drop in production as he saw only one game over 50 yards receiving the remainder of the year. He needed to improve his route running over the offseason to become a true WR1 for the Ravens, and I believe he has vastly improved in that area this offseason. The Ravens were 29th in passing last year due to the fact that they have no true WR1 to take over a game. With the Ravens wide receiver competition involving Wille Snead, Miles Boykin and rookie James Proche, Brown will take a huge step forward and easily settle into the WR1 position for the Ravens and will end up a great WR2 week in and week out in your fantasy lineups.

It was only a couple years ago that Howard was one of the top tier RBs in the league. Through his first 2 seasons he had 2,435 rushing yards and 15 rushing TDs while averaging 4.6 YPC. He also caught 52 balls for 423 yards during that span as well. He suffered some injuries last year and the Eagles also didn’t use him very often, but I’m here to tell you that he will get back to top tier form playing in Miami. Only 25 years old, Howard has a lot left in the tank and he is going to be used heavily on first and second down scenarios. The Dolphins also have Matt Brieda, who should command 3rd down duties, but still expect Howard to get about 15-20 carries a game. With several new additions bolstering the offensive line, such as Eric Flowers (Free agency) and Austin Jackson (first round pick), the Dolphins are looking to be a run heavy team to help support rookie quarterback Tua Tagovailoa. The sun will be shining in Miami and in your fantasy lineups when Howard rushes for over 1,000 Yards and just under 10 TDs in 2020.

As stated earlier in the article, last year's rookie wide receiver class was absolutely incredible and Terry was the cream of the crop. After falling to the 3rd round, the WFT drafted him to pair with first round pick Dwayne Haskins, who was his quarterback at Ohio State. Even in a terrible offense, McLaurin absolutely shredded opposing cornerbacks and had a fantastic year even though his team was dead last in passing yards. Playing in 14 games, Terry caught 58 balls on 93 targets for 919 yards, 7 TDs, averaging 15.8 YPC. In comparison, the future HOF, WR Julio Jones, played 13 games and had 54 Catches on 95 Targets 959 yards and 8 TDs in his rookie year. Those numbers even pop more when you compare that Julio was playing with pro bowler Matt Ryan and McLaurin was catching balls from career journeyman, Case Keenum, and an extremely unprepared Dwayne Haskins. Coming into this year it will be Haskins and McLaurins fourth year playing together, so expect their chemistry to grow. With a new offense and a much better coaching staff, Dwayne Haskins will take strides which means that McLaurin's stats are going to skyrocket. He will have a minimum 120 targets with 1,200 yards and 10 TDs as you turn a 5th round pick into a solid WR1.