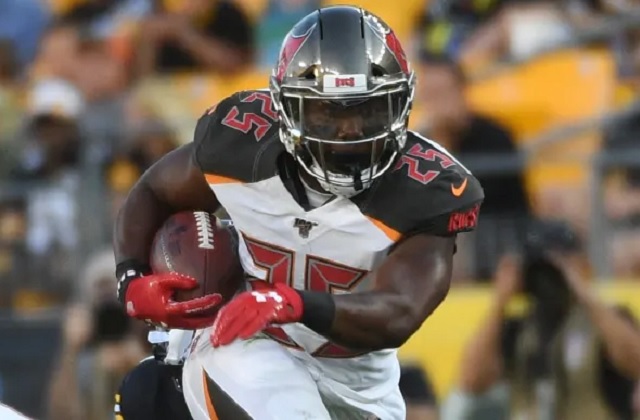 If you’re reading this, you’re probably desperate for some magic in your fantasy playoffs. Personally, I needed 1 point from Saquon Barkley in Monday nights game against the Giants and to be honest, I was worried. It’s the best time of the year, time for all those 11-1 teams to lose in the second round and your champion to be your great aunt from across the country who still has Antonio Brown on her bench to win your families fantasy league championship. Good luck everybody!

Yes, I said it, Eli Manning. Eli had a great first half against the Eagles on the road in less than ideal conditions. He hooked up Darius Slayton on two long balls and looked comfortable in his first start since week 2. With Daniel Jones expected to miss at least a couple more weeks, Eli has a chance to put up some fantasy numbers against the Dolphins who rank 30th against the pass this season. Owners who are monitoring the Lamar Jackson and Patrick Mahomes injuries can plug and play the 38-year-old.

Running backs are generally a thin position unless you can plug someone and get lucky. Barber is an interesting case, he has double digit carries in his last three contests and has scored twice. Pair opportunities like these with a Lions defense that has struggled – Barber can be in for some expanded work and points.

In Sunday night’s game against the Rams second-year back Rashaad Penny exited the contest with a ACL sprain. Penny had been on a tear over the last two weeks and was playing a large complimentary role to Chris Carson. With Penny expected to miss multiple games, C.J. Prosise is the only other notable back on this roster. Prosise was fantasy relevant way back in 2016 where he was utilized as a pass catching option to Christine Michael and Thomas Rawls. Don’t expect a ton from Prosise, but he is worth an add in deeper formats.

Mike Evans could miss some time, if so Perriman would be a great option and would be a flex – if not fringe WR2 play going forward. Even with Evans in the lineup Perriman has found expanded work in his last two games, being targeted 11 times, catching 8 of those passes for 157 yards and a score. Tampa Bay is a pass heavy offense with signal caller Jameis Winston being no stranger to letting it fly and giving his guys a chance to make a play.

I recommended Johnson last week, I’ll recommend Johnson again this week. Look, SOMEONE has to catch passes for the Colts. Their entire receiver core is banged up, with three of them landing on Injured Reserve this season and T.Y. Hilton doubtful to return this week. Johnson caught three passes for 105 yards and a score last week against the Bucs. If you need any more convincing just check his hair out, it’s sick.