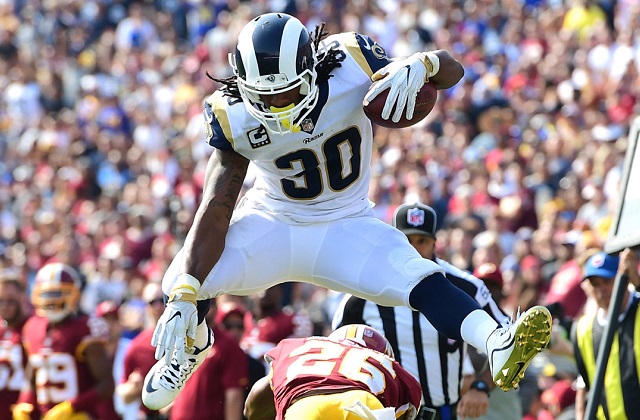 Last week was very interesting from a fantasy perspective. Let me give you a rundown on the Top 5 performers at the quarterback position in Week 12. Lamar Jackson… Ryan Tannehill, Sam Darnold, Jameis Winston and Ryan Fitzpatrick. Oh, I love fantasy football! Good thing for most, that wasn't a playoff week because a lot of us would be severely upset. But if this tells us anything, the quarterback position can be streamed even in the playoffs. Names like Ryan Tannehill and Sam Darnold have tremendous schedules up ahead and are great options for those who are in need of solid quarterback play. Anyways, let us get into this weeks 5 Starts and 5 Sits.

Speaking of, Darnold is Week 13's quarterback Start. He goes up against a Bengals defense that let Hodges perform decently well. Enter a red hot offense and a QB who, in the last four weeks, has thrown at least one touchdown and hasn't thrown for under 230 yards. He's been consistent and he's been good. Play him this Sunday as a streamer or if you need some QB help over the next few weeks.

Gurley gave owners yet another dud on the season and has not performed at the level in which he has in years past. Gone are the worries about his arthritic knees, Gurley has not been able to perform. Largely due to poor offensive line play. This week, McVay will try to slow things down and pound the ball early so he can open up time and play action for Goff. The Cardinals are bottom of the pack in rushing defense and will concede to Gurley in a bounce back game for a team who was demolished on Monday night.

Chark let some owners down last week but is still a weekly start as he's proved that no matter the quarterback in Jacksonville, he will be able to put up Top 10 performances. Now, he faces the worst passing defense in the fantasy. This could be a high scoring affair and this is more than a reminder that Chark should be in your lineups.

Waller has been somewhat underperforming compared to the beginning of his season. Stll, he is enjoying a breakout campaign and will likely pick it back up this week versus the Chiefs. With Renfrow out, a nice target share opens up and a majority of those coming underneath or over the middle. Renfrow’s 4.8 targets per week will likely have Waller’s name on them and will help him regain that top tight end status in a good matchup this week. Play him with full confidence.

D/ST - Carolina Panthers (vs Redskins)
Dwayne Haskins. Wait, I can’t just end it there? Fine. The Panthers defense hasn’t done much to excite lately but this is still a defense that ranks among the top in pass rush and will force turnovers against Haskins. This defense (along with the Bears and Eagles defenses) has one of the safest floors.

Allen has been a nice fantasy producer, a lot of which is credited to his running ability. He gets the Cowboys defense at home this week in a statement game as they fell to the Patriots last week. The Cowboys are one of the best defenses against the pass and that isn’t necessarily this offenses forte. The Dallas linebackers are extremely athletic and will work to contain the rushing quarterback. This will be more of a Singletary game if the Bills want to compete.

Mixon has been picking it up and has been a bright spot on the Bengals offense. I think Zac Taylor is starting to realize Mixon is the most talented player on the field. However, he gets the Jets defense who has been one of the best defenses against the run. It helps Dalton will be on the field for this one, but Mixon won't be able to find much running room and may disappoint owners.

Sanders is still a great deep threat receiver when he's healthy, but he still doesn't seem fully healthy and gets the newly revitalized Ravens defense who made Goff and the Rams offense look like a bunch of elementary schoolers. Shanahan will continue his run first approach and Jimmy G. will struggle to hit the deep ball against one of the most talented secondary's in the NFL. Deebo Samuel is still a nice flex play, but I would try to stay away from Sanders here.

TE - Jacob Hollister | Seattle Seahawks (vs Vikings)
Hollister is suffering from a foot injury but it isn't considered very serious. It may lessen his snap count and he will also have to face a very tough Vikings defense who have been among the top of the league in defending the tight end. Hollister is a lot more risky for some teams who maybe looking to get into their playoffs.

D/ST - Atlanta Falcons (@ Saints)
Some were getting cute and playing the Falcons defense after two great performances against division rivals, Saints and Panthers. But Tampa Bays mistake prone quarterback torched them and now Brees is back into form and will not let this team get the best of him again. In the Dome, you can forget playing this defense if you want a good shot at making the playoffs.