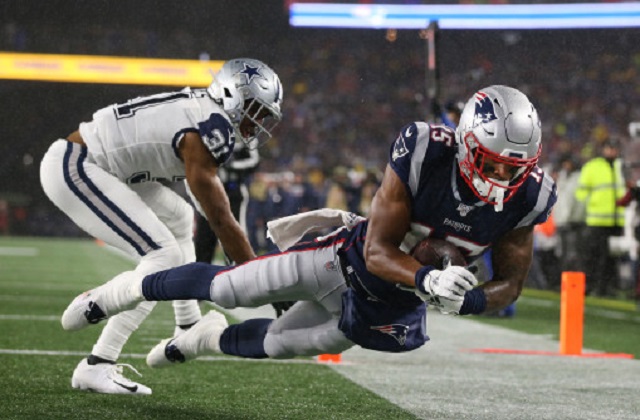 It’s the most wonderful time of the year everybody. With three games on Thursday you finally have a built-in excuse to ignore your family, kick back, and watch some football. For many of us, it is the last chance to squeak into the playoffs and make a run for glory. The players below should put you in good position to get a win this week!

You know what they say? 7th years a charm. Since taking over for Marcus Mariota in week 6, Ryan Tannehill has accounted for 13 touchdowns (10 pass, 3 rush) while only turning the ball over 6 times (4 interceptions, 2 fumbles). Worth noting is his rushing numbers, in his last three games he has had at least 37 yards and has scored 3 touchdowns. With the fantasy playoffs looming and favorable end of season matchups against the Raiders and Texans, streaming Tannehill is a good play!

Earning double-digit carries for just the second time this season, Penny cashed in on his opportunity running for 129 yards and a score with a healthy 9.2 yards-per-carry average. He did serve as the back-up to running mate Chris Carson but touched the ball 2 more times and had 72 more yards. Keep in mind that Penny was a first-round pick in the 2018 draft and the Seahawks have been patient with him so far, this might be his opportunity to breakthrough – right in time for fantasy playoffs.

This is a reach, I’ll admit it. But let’s be honest, every other waiver wire article you are reading is suggesting players who are owned in 50%+ of leagues. With Kalen Ballage literally unable to do ANYTHING, the Dolphins really have no choice but to try other options. NFL coaches are smart, yes, even the ones on 2-9 teams. Look for Gaskin and fellow rookie Patrick Laird to start chipping away at Ballage’s workload.

Over his last three games, Washington is averaging 4 receptions and 79 yards on just over 6 targets per game. He also has scored twice, with a notable 79 yard score in the third quarter this past weekend against the Bengals from back-up turned starter Devlin Hodges. I’d feel comfortable plugging Washington into my lineup this week and the rest of the season.

The rookie who just came off IR after the Patriots week 10 bye had an impressive back shoulder touchdown this past weekend against the Cowboys. With questions surrounding the availability of Phillip Dorsett and Mohamed Sanu going into week 13, Harry could be in line for more volume and hopefully, a breakout game. The rookie pass catcher also has favorable matchups down the stretch this week against the Texans and in week 15 against the Bengals. Look for Tom Brady to give his new weapon more chances down the stretch.

Before getting hurt in week 2 against the Jets, Njoku was targeted 6 times, catching 4 passes and scoring a touchdown in a week 1 loss to the Titans. Njoku has yet to be activated, but with every game being a must win for the Browns, I’d expect the team to activate him sometime this week. Baker Mayfield has been pedestrian this season when throwing to his Tight Ends, I’d expect Njoku to fill a big void, and a pivotal part of the Browns offense as they head into the stretch run.