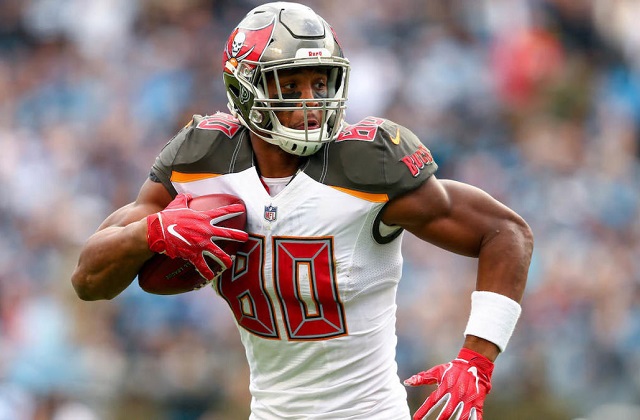 It’s crunch time for fantasy owners everywhere. For many, it’s the last month to get in position to make the playoffs and make a run at glory. The following are some players to target to help bolster your lineup and set you up for success.

With Mark Walton out for four games with a suspension for PEDs, Ballage will head the backfield of the now one win Dolphins. Ryan Fitzpatrick played great this week against the Jets, and has proven to be a serviceable Quarterback when given the chance to start. This should open up the running game for the Dolphins who have struggled to get any production out of their backfield. Ballage showed flashes of potential last year and should have plenty of volume going forward.

Over the last three weeks, Edwards has gotten an average of seven carries. In Sunday's win over the Patriots, Edwards carried the ball seven times for 27 yards and a score, nothing to write home about, but worth noting as most of his carries came in goal line sets in the pistol with Lamar Jackson having an option to give or keep. I believe the Ravens will continue to run this formation on the goal line because of the versatility of their star QB, but that also means that opposing defenses will begin to key on Jackson going forward – opening the door for Edwards to hit the endzone. Grab Edwards in formats that are largely touchdown dependent.

T.Y. Hilton had a non-contact injury in practice last week and is expected to miss multiple games. Pascal has had a pretty good year as the clear second option to Hilton, however, he will be the main guy going forward. Even with the uncertainty of Jacoby Brissett, I would trust Pascal to put up numbers, especially with a favorable matchup with the Dolphins next week.

The former PPR machine looked pretty good, outside of a fumble, in Monday night’s game against the Giants. He had six receptions on eight targets, but also had a touchdown called back in the first half. With Dak Prescott having a great year and Cobb seemingly filling that Cole Beasley role, expect the targets and receptions to continue trending up.

After a less than impressive – and healthy – first half of the season, I expect Howard to get back to himself going forward. Jameis Winston looked great this past Sunday against the Seahawks and will look to continue that going into his matchup at home against the Cardinals this Sunday. The Tight End position is very thin this year, taking a chance and rostering a player who has proven value in the past is certainly worth it.