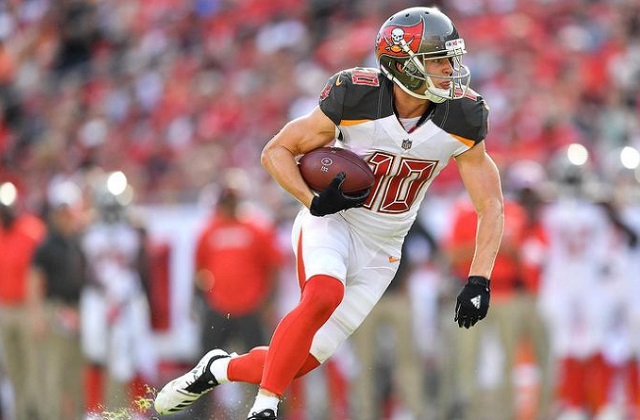 The Browns offense hit a wall in Houston on Sunday, but regardless of the game situation, Duke Johnson is not involved in the offense. He failed to record a carry and caught just 2 passes in a situation where the Browns were forced to play from behind. Johnson is nothing but a handcuff option for the playoffs, making him a CUT candidate this week.

Jordan Howard had a decent day on the ground getting 16 carries for 76 yards but decent doesn't win playoff games. Fellow running back Tarik Cohen was the hot hand in the 2nd half and the Bears kept their speed out on the field. Howard is touchdown dependent but instead of getting a chance on the goaline the Bears turned to the 325 pound defensive lineman, Akiem Hicks for the touchdown run. CUT loose Howard who is to hard to trust as even a flex option the rest of season.

Even though the Rams hit their ppg average Jared Goff and the Rams passing attack was a bit out of tune on Sunday against the Lions. Goff only completed 51% of his passes as Todd Gurley dominated the Lions on the ground. However, I expect Josh Reynolds to be a WR3/Flex option for the rest of the season. KEEP Reynolds who is a part of a passing game that only knows how to continuously attack.

Still only owned in half of leagues, if you haven't hopped on the Humphries train yet this will be your last chance. With DeSean Jackson out with a thumb injury, Humphries led the team with 9 targets for 61 yards and a TD. That is six straight games with at least 50 yards and 5 touchdowns in that stretch. ACQUIRE Humphries who is sure to be a solid start option this week against the Saints.

I still don't love the Panthers passing attack with Cam Newton but Newton seems to be favoring the speedy wide outs who can separate from defenders for a bigger throwing window. I like Samuel's usage in the offense over more of a boom-bust guy like Dante Pettis who had his break out game Sunday also. Samuel is getting a carry a game and has seen 20 targets in the last three weeks. ACQUIRE the talented former 2nd round pick who has very favorable match ups against Cleveland, New Orleans and Atlanta the next three weeks.