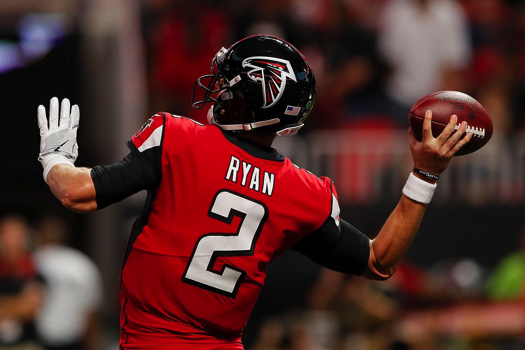 Start and Sits for Week 13

The Texans are the hottest team in the NFL outside of New Orleans and Watson is a huge reason for that. He has been playing really well of late, averaging 22.4 fantasy points per game during his last four contests. In three of those games, he outperformed his opponent’s “average points against” number as well. Matching up with the Browns this week, who are middle-of-the-pack against opposing quarterbacks and ranked 18th in the league; it provides another opportunity for Watson to provide a QB1 performance.

The patient Aaron Jones’ owners have been rewarded handsomely in recent weeks for sticking it out and waiting for Jones to get a legitimate opportunity. He is the undisputed #1 back in Green Bay and he’s playing like one of the best backs in the NFL. He’s averaging 26.0 fantasy points per game in the past three (PPR scoring), and he’s got a prefect matchup coming into this week against Arizona. The Cardinals come to town boasting the league’s 2nd worst run defense against opposing running backs, allowing 26.6 fantasy points per game. Fire up Jones with confidence.

Outside of Christian McCaffrey, Cam Newton has found his new favorite receiver in Carolina. D.J. Moore has emerged as the highest targeted receiver in Carolina as long as we're not counting running backs. Moore has been on fire lately and is showing why he was the leading receiver in college football a year ago. The Panthers will head to Tampa to take on the Bucs 27th ranked pass defense against opposing fantasy wide receiver groups; and since Moore has exploded to 46.5 fantasy points in the past two weeks, I expect another big game this week.

On the other side of the field, I love the matchup for Cameron Brate. He and Jameis Winston have shown a very strong chemistry over the last couple years. With the loss of O.J. Howard to the IR, the door is wide open for Brate who caught three passes for 26 yards and a score last week as the premiere tight end. This week, he’ll square up against a Panthers’ secondary that has allowed 11.6 fantasy points per game to opposing tight ends, last in the NFL.

Ryan has been having a strong statistical season thus far, though it hasn’t translated to any kind of team success for the Falcons. However, this week's matchup is a daunting one. Baltimore will bring the league’s 2nd stingiest defense against opposing quarterbacks to Atlanta this Sunday. This will be a follow-up to a 3-week stretch for Ryan where he’s only averaged just 18.3 points per game, well below his average of 27.1 points for the previous seven games. On top of that, Baltimore plays a slow, run-heavy game that could limit the amount of time Ryan spends on the field.

After a blazing start to the season for White, he has slowed down more recently. After averaging 22.0 fantasy points per game through the Patriots’ first nine, he has followed that up with just 8.2 points per game in the last two. The Patriots’ offense as a whole has slowed down, and the return of Sony Michel in the backfield has limited White’s workload. With the potential return of another receiving back in Rex Burkhead this week, and a difficult matchup against a very stingy Minnesota defense against the run, it’s a good week to find an alternative for James White.

Green will simply be a victim of the circumstances this week. To begin, this will be his first game back after missing the previous three with a toe injury. An injury to the foot could prevent Green from bursting off the line of scrimmage with as much explosion as we have come to expect from him in his career. Also, the Bengals will be trotting out QB Jeff Driskel with Andy Dalton being placed on the IR with a thumb injury. It’s always tough to predict how targets will be affected with new quarterbacks, but you would have to assume that Denver, a very good defense against wide receivers to begin with, will focus their attention on making Driskel as uncomfortable as possible. When you have someone like Von Miler on the outside, they usually succeed.

For the second week in a row, I’m recommending to sit the tight end who will be up against the Jets’ defense. Last week, it was Gronk; this week, it’s Jonnu Smith. New York failed to keep Gronkowski out of the end zone last week, and I don’t believe they’ll fail two weeks in a row. The Jets are a defense that is 5th in the NFL, allowing just 5.5 fantasy points per game to opposing tight ends. It’s hard to imagine they’ll get beat by the position again. Smith has been emerging of late as a strong streaming option, averaging 12.4 points in the past four games. I expect that trend to break this week with a poor performance against a tough Jets defense.