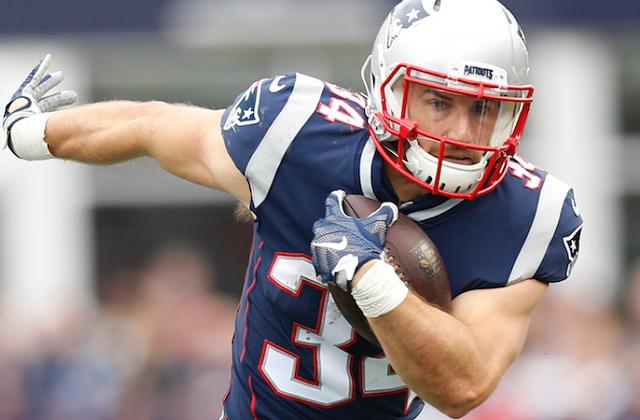 Sleeper Insights for a Championship Run

In most leagues, Week 13 decides “Mcfly? Are you in or out?” Some of us are already in and ready to compete for a fantasy football championship and others are not so lucky. Here are some helpful hints for Week 13 and beyond.

In a few short weeks he has become the WR2 on this high scoring Colts offense. QB Andrew Luck is getting time to throw the ball and he has not hesitated looking Inman’s way. Luck has proven time and time again that he had the talent to make many position players fantasy relevant. During his last four games, Inman has 21 receptions, 173 yards, 1 TD. Do not overlook Inman as a WR3/4 with upside.

Designated to return this week, Burkhead started practicing and is on pace to play Week 13. If anything at all, he has to be rostered because of the fantasy scoring power of the Patriots backfield. RB Sony Michel has had his fair share of injuries and RB James White can’t wait until the playoffs to really show out. For years now, this backfield has supported two top 20 running backs for fantasy and Burkhead is a Michel injury away from being #1 or #2. At worse he probably gets a shot at low flex appeal.

More than likely, RB Austin Ekeler is no where to be found on any waiver wires! However, Justin Jackson, the rookie out of Northwestern, is available in more than 90% of fantasy leagues. He was a four year letterman there and rushed for more than 4000 yards against really good Big 10 competition. With RB Melvin Gordon likely out for a few weeks, Jackson falls into the old Ekeler role as backup; and wasn’t Ekeler a viable flex start each week? Heck, the way Jackson ran this past Sunday this might very well be a timeshare for the next 3 weeks. Grab him and start him with confidence.

If you are looking for a tiebreaker between who to start in your lineups, Vegas can provide some helpful hints. There are five games this week projected to have more than 50 total points: Saints-Cowboys, 52.5; Chargers-Steelers, 52; Panthers-Buccaneers, 54.5; Rams-Lions, 55; Chiefs-Raiders, 55.5. High projected point totals can be a good sign of possible fantasy production.