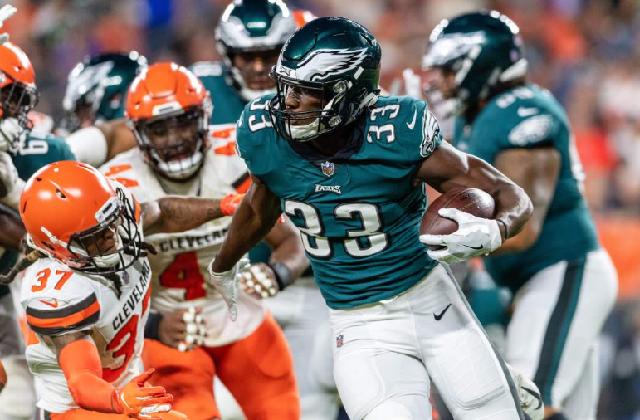 If you’ve read my past Waiver articles, you know this isn’t the first time I’ve written about Adams. Yet, he’s still only owned in less than 30 percent of ESPN leagues. He still hasn’t gotten more than 10 attempts in a game, but he was the only Eagle to score this week. If the Eagles don’t have to play from behind much going forward, expect Adams to get the majority of work going forward.

Coutee was tied with DeAndre Hopkins for catches this weekend with five. Hopkins scored the touchdown on the day which produced more fantasy points, but it was Coutee who had more yards. With Demaryius Thomas and Hopkins on the outside, expect Coutee to get plenty of work out of the slot going forward. This could bring great value to your team. Coutee is still only owned in less than 15 percent of ESPN leagues. Please go and make that number higher by picking him up.

With Cooper Kupp out for the season with a torn ACL, Reynolds blew up on Monday football catching six of eight targets for 80 yards and touchdown. He was clearly part of the high-octane Rams attack is should be added across the board.

Most of these players I have wrote about before include Humphries. Tampa has changed the starting QB back to Jameis Winston…. again. Which I think helps Humphries. Most of his games with touchdowns have came when Winston was the starter. Yet, Humphries is still only at 24 percent ownership. Go pick him up and reap the benefits.