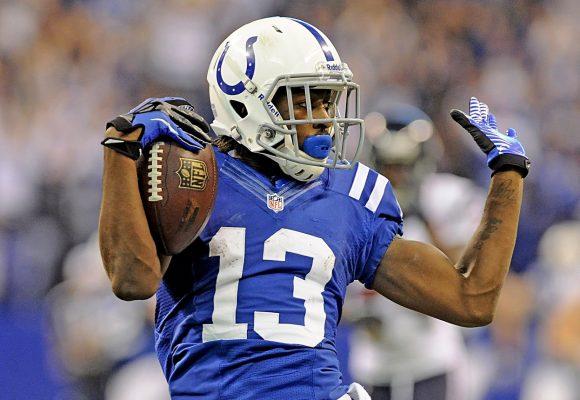 Starts and Sits for Week 10

Rivers is having arguably his best season during his 15th year in the NFL. He’s on pace for a career-high 38 touchdowns and a career-low 6 interceptions. To add a cherry on top, he faces the 25th ranked defense against opposing quarterbacks this week in facing the Oakland Raiders. Oakland is allowing 19.8 fantasy points per game to opposing quarterbacks, and 21.7 points in their past three contests. During Week 5, Rivers torched the Raiders for 339 yards, 2 scores, and no turnovers.

Cohen is the best “backup” running back in the NFL. He’s currently well ahead of his starting counterpart, Jordan Howard, in fantasy points per game (13.8-10.8). Being the pass-catching back on a team that really features that role has played well for Cohen. He’s second on the team in total targets behind Taylor Gabriel. This week, he’s up against a Lions defense that allows 23.9 fantasy points per game to opposing running backs, 25th in the NFL. I expect Cohen to provide more fantasy value than Howard this week as he’s been much more effective in close games, which this one should be.

The Bengals will be without A.J. Green this week, which should open the door for other guys to shine against the NFL’s worst pass defense. Tyler Boyd has broken out this season and should see an AJG-like target share this week. The Saints are last in the NFL, allowing 36.4 fantasy points per game to opposing wide receiver groups, and have allowed 23.7 fantasy points to opposing #1 receivers alone in the past three games. Boyd will be the #1 receiver on Sunday for the Bengals and will be a WR1 for fantasy owners.

Uzomah was a severe disappointment in his last game. He was held catchless on just four targets in a juicy matchup against the Buccaneers in Week 8. This week will be different. The Saints have been good against tight ends this season, allowing just 5.5 fantasy points per game, 6th in the NFL. But, they haven’t played many teams that feature a tight end in the offense. The Bengals will target Uzomah often this week with the absence of A.J. Green and he will capitalize on the opportunity.

Luck has been having a very impressive season so far. In a year where there was virtually no expectations returning from a mysterious shoulder injury, he’s back, and playing better than ever. That will slow down this week, however. He has a brutal matchup against Jacksonville who ranks 5th in the NFL, allowing just 15.4 fantasy points per game to opposing quarterbacks and they lead the league against opposing wide receiver groups.

This is less about the matchup as it is about the state of the Redskins. Losing two linemen in one week can be catastrophic to a run game. Adrian Peterson has been a pleasant surprise for the Redskins that would probably be lost on offense without him. Now, he will be running behind a makeshift offensive line and will struggle to find holes to run through. The matchup does, however, present some issues for him as well as Tampa Bay is 7th in the NFL in scoring. The Redskins will need to score quickly and often to keep up and a runner that doesn’t provide much in the passing game doesn’t fit well in that game plan.

When your team’s quarterback is the “sit of the week”, that doesn’t bode well for the team’s top receiver, either. Hilton will be lining up against Jalen Ramsey for the majority of this week’s game, and he’s been one of the toughest one-on-one matchups you can draw as a receiver. Over his past three games, dating back to Week 4, Hilton has failed to receive more than six targets in any game. He likely won’t be getting much action this week either, as many quarterbacks look to exploit the side of the field without Jalen Ramsey lurking.

Cook has had a strange season thus far. Started off hot, being a focal point of the offense for the first four games, with 26 catches on 35 targets. Then, while dealing WR Amari Cooper in the middle, converted just 12 catches on 15 targets over the next four games. With Brandon LaFell getting more and more targets each week, it’s hard to imagine Cook getting enough looks to provide any substantial fantasy value.