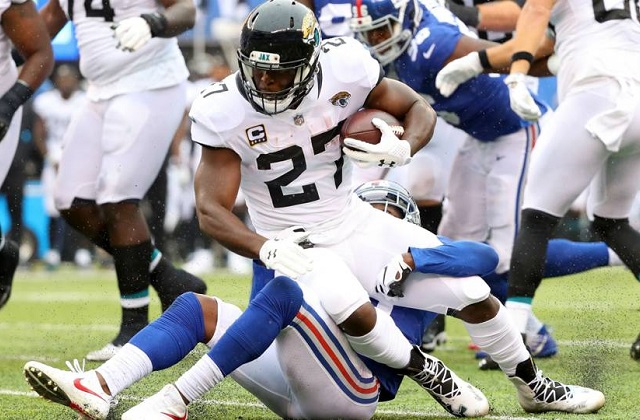 With half the season played, many of us know where we stand in our fantasy league(s). We’re aware of which players to start against a bad defense and which players to bench against a good defense. Some of us stream defenses, kickers, and even quarterbacks to get the edge against our opponents. Although you can get away with streaming these positions, it is impossible to avoid injuries. As we all know, this is a very physical sport that can have your team stunned for quite some time if an injury occurs. Having said this, it is critical to stay on top of injuries and depth charts to fortify your team in dire need.

The following players are designated with a letter, D, Q or O for Doubtful, Questionable or Out, respectively.

Cincinnati Bengals vs New Orleans Saints
Cin, WR A.J. Green (foot) D
Cin, WR John Ross Q
Green was seen in a walking boot after he exited their Week 8 game against the Buccaneers. The fear is that he could be dealing with turf toe, which is the spraining of the ligaments surrounding the big toe. Bengals coach, Marvin Lewis, stated that Green does not need surgery, but is expected to miss at least two games at best. In the meantime, expect Tyler Boyd to benefit the most from Green’s absence, but we could see some splashes of John Ross who was practicing on Monday (Nov. 5).

Jacksonville Jaguars @ Indianapolis Colts
Jax, RB Leonard Fournette (hamstring) Q
Will we finally see Fournette play a full game against the Colts? We don’t know… However, he was seen doing individual drills on Monday (Nov. 5), putting him on track to return for Week 10. If you plan to play him, be aware that he carries injury risk, but he can put up RB1 numbers against the Colts that rank 14th in rush defense, a team that allows about 110 rushing yards per game. The Jaguars did acquire Carlos Hyde as insurance, but he couldn’t get anything going against the Eagles before their bye week, gaining just 11 yards after 6 rushes.

Green bay Packers vs Miami Dolphins
GB, WR Geronimo Allison (groin) O
It appears as Allison’s series of injuries are more severe than initially thought, as he may need surgery to repair the core muscle. Expect Marquez Valdes-Scantling (MVS), who has been outplaying Cobb as of late, to benefit from the sidelining of Allison. He’s seen at least 5 targets, double-digit fantasy numbers, and registered two 100-receiving yards efforts in his last three games.

Seattle Seahawks @ LA Rams
Sea, RB Chris Carson (hip, thigh) Q
Carson was sidelined after carrying the ball for 40 yards against the Chargers in Week 9. With his leg heavily wrapped, Mike Davis lead the team’s backfield in the second half, rushing for 62 yards and gaining 45 receiving yards. Pete Carroll commented that this is not the same hip injury that Carson suffered in the game against Dallas. Expect Mike Davis to lead the backfield again if Carson is sidelined against the Rams.

New England Patriots @ Tennessee Titans
NE, RB Sony Michel (knee) Q
NE, TE Rob Gronkowski (back) Q
Having hurt his knee during Week 7, Michel was close to returning to play against the Packers, but the Patriots decided to play it safe by sidelining him. Michel appears to be on track to return during Week 10 against the Titans. It will be interesting to see how the backfield pans out when Michel returns. Along with Michel, Rob Gronkowski has been dealing with injuries, but with his ankle and back. As of now, he is week-to-week and has yet to put in a full week of practice.

Minnesota Vikings
WR, Adam Thielen (calf)
WR, Stefon Diggs (ribs)
Thielen’s 100-yard streak finally ended when the Vikings faced the Detroit Lions. While Diggs was sidelined with a rib injury, Thielen led the team in targets, but he was not as productive and electric as usual. At one point in the game, Thielen needed to have his calf wrapped on the sideline. They’ll use their bye week to get healthy, but it is worth monitoring before they head to Chicago.