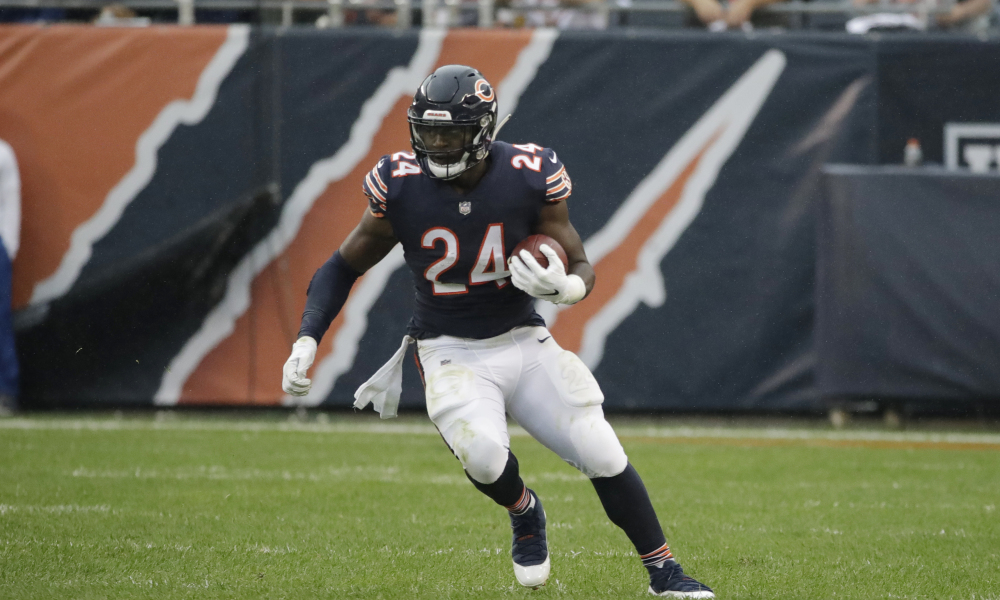 Despite being drafted as an RB1, Howard has disappointed in 2018. In his last two games, he has faced bottom-six defenses and failed to produce five fantasy points in either one. Sunday against Miami, Howard had some encouraging runs but fumbled away his opportunity at a touchdown, which in turn gave way to more work for Tarik Cohen, who had a great day minus his own fumble late in the second half. However, Howard out-carried Cohen 14-5, and that is important to keep in mind as the weather changes. Expect the Bears to stick with Howard and his tough running in wintery conditions. KEEP Howard. Or if you don't have him, now is a great time to trade for him. In 2017, every single Bears victory included 20-plus carries for Howard, who started slow last year but still topped 1,200 total yards.

Honestly, there isn't a clear "CUT" candidate for this week. The NFL's high yardage and point totals thus far have produced a deep pool of fantasy-relevant players but not exactly the most consistent fantasy results. However, if you are in a 10-team league and must make a waiver claim, you can feel confident to CUT Davis. The Titans, to me, have been the most disappointing offense through six weeks, and I don't see it getting better any time soon. Davis will draw the talented Chargers DB Casey Hayward this week and will then goes on bye in Week 8. It's going to be a long winter in Nashville.

Even when John Ross returns to the Bengals, I expect Uzomah to be the third target for Andy Dalton in his mid-range passing game. Uzomah has produced worthwhile box scores over the past two weeks since becoming the Bengals' lead tight end following the injuries suffered by Tyler Eifert and Tyler Kroft. ACQUIRE and start Uzomah, who will have a great matchup in Kansas City this Sunday night.