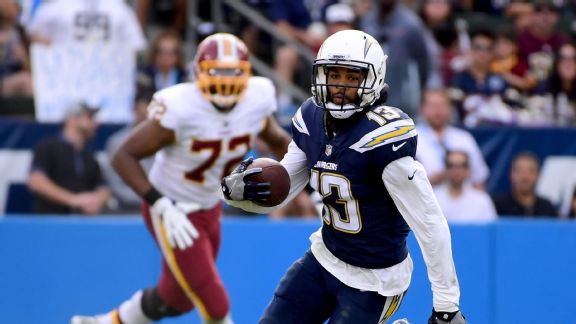 Sits and Starts for Week 3

The Cardinals have given up 272 rushing yards and four rushing TDs in the first two weeks of the season. That's contributed greatly to three opposing backs recording RB1 finishes versus Arizona. Now is the perfect time for Howard to have his breakout game this season. Head coach Matt Nagy said he knows he needs to give Howard more touches and after watching game film, I bet he rolls out Howard and Tarik Cohen in bulk Sunday.

The Tampa Bay Buccaneers have permitted 138 yards to tight ends in their first two games, the ninth-most yards allowed to TEs so far. Meanwhile, James is currently the No. 2 tight end in PPR-scoring leagues. With Le’Veon Bell out, defenses are putting an extra man on Antonio Brown and leaving the likes of James and JuJu Smith-Schuster open down the field. Look for James to keep up his hot streak in yet another shootout for Pittsburgh.

This may look like a stupid pick, but hear me out. The Rams' already-stout defense got even stronger during the offseason when they acquired cornerback Aqib Talib from the Broncos. And Talib has had Allen’s number in the past. In their two meetings last season, Allen combined to gain just 76 yards on eight receptions. He did score once, however, I would look to ride with someone else who has a better matchup in Week 3.

Johnson is just getting bottled up on every chance he gets. His totals aren't anywhere you want to see them through two games: 22 rushes for 85 yards and a TD with six catches for 33 yards. I don't see those stats increasing greatly this weekend. The Bears' defense has started strong and isn't going to let up anytime soon. With Sam Bradford at the helm, I have zero confidence in this Arizona offense. This could be the week when we finally see first-round rookie QB Josh Rosen play -- unless the coaches decide its best to not throw him to the Bears.