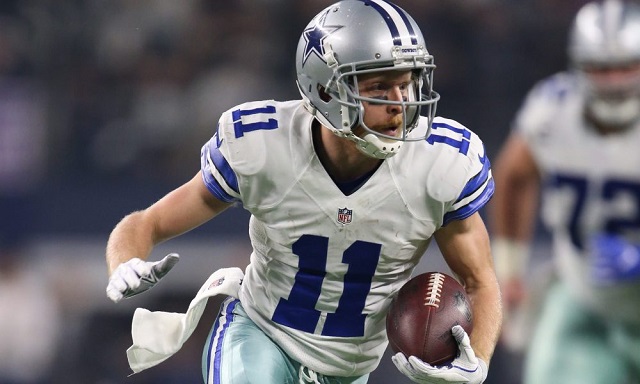 I used to view these players as late-round or deep "sleepers," but now I describe it differently. There is so much information out there, there are no longer any true fantasy football sleepers. This is more about finding players who are going late in drafts and have above-average upside. In most 12-team PPR leagues, there are 16-, 18- or 20-round drafts. These guys are going after Round 12 and some are not being drafted at all.

With Dez Bryant gone, who gets the targets? Beasley led the team with a 20 percent target share when Dez missed games. Head coach Jason Garrett said this past week that Beasley will see increased snaps on the outside this season. With Beasley’s size, he is a classic slot WR, but this news tells me that Dallas is going to find ways to get him more snaps. He is going in Rounds 15-16 or not being drafted at all.

With Andrew Luck finally looking like he will play, to whom will he throw? T.Y. Hilton for sure, but who is the No. 2 wideout on this team? I feel it will be Cain. First, he has to beat out Ryan Grant and Chester Rogers for that gig, but neither man presents an incredible challenge for the rookie. The Colts love his route-running skills and how quickly he has picked up the offense. Going in drafts just before most kickers, you have nothing to lose by drafting Cain.

Beat writers in Denver say he is the likely starter at tight end. Though he is in his second year out of Michigan, Butt did not play last year because of an injury at the end of his college career.  Butt has some Kyle Rudolph traits in his game and should become a favorite target of QB Case Keenum. Going in Round 14 or later, he loses you no draft capital.

He was a big-time player for the Washington Huskies last year, recording 26 percent of the team's receptions and 37 percent of the receiving touchdowns. The 49ers could use him as a slot WR with Pierre Garcon and Marquise Goodwin probably on the outside. This leaves a clear path to playing time for Pettis. He went from not being drafted to now going in the late rounds. The rookie is creating a big buzz around camp and is showing up on many people’s draft boards now!

Why not him? The Seahawks have Doug Baldwin, who is fantasy football gold year after year (although he is hurt as of this writing). Tyler Lockett deserves a shot to be the No. 2 guy, but that would leave Brandon Marshall as Seattle's No. 3 wideout. I don’t think so! Brown is coming off career highs last year in Arizona. Heck, I remember starting him in a couple of those weeks as a flex. His size and speed along with last year’s results show that the 28-year-old is primed for even better production. Not drafted in many leagues, I think Brown has the most pure upside of all Seahawks wide receivers.