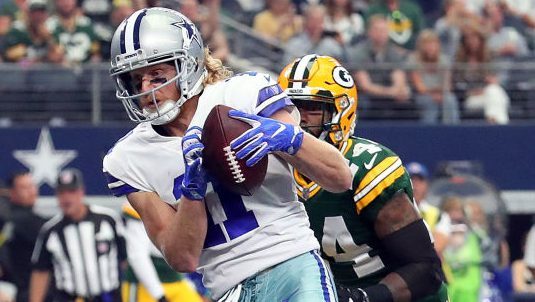 With Brandin Cooks gone, 114 targets go with him. In steps this former first-rounder who has the same measurables and speed as Cooks. Cooks may be a better route runner, but Bill Belichick and Tom Brady are looking for a speed guy to fill that void, and that's Dorsett's strength. He also has a leg up on Jordan Matthews because he’s been in the Patriots' system for a year already. Plus, Julian Edelman is suspended for the first four games, which only helps the youngster's cause.

Dorsett isn’t even being drafted in leagues thus far. Be the first to jump on and reap the benefits of what could be a great year for him and his fantasy owners.

Snead almost had a 1,000-yard season in 2015 and 2016, but last year was forgettable due to a suspension followed by a lingering hamstring injury. The Saints then let Snead go to Baltimore after they decided to not match the two-year deal he received from the Ravens, who needed to overhaul their receiving corps. In addition to Snead, Baltimore signed Michael Crabtree to be their No. 1 after they got cold feet with Ryan Grant.

There are 270 open targets from last year with Mike Wallace, Jeremy Maclin, Ben Watson and Michael Campanaro out of town. If Snead and Crabtree get 100-110 targets each, they could both put up very useful numbers. Snead gained 984 yards on 69 receptions and 101 targets in 2015.

Snead is going well past pick No. 200 in 10-team leagues. If your drafts are that deep, grab Snead in the last few rounds or pick him up off waivers. He could bring you WR3/4 numbers and be a decent flex play.

Beasley looks to be the wideout to benefit the most from Dez Bryant's departure from Dallas. In 2016, Beasley totaled 75 catches, 833 yards and five scores. Those first two numbers surpassed what Bryant did that year, although Dez did miss three games that season. During his absence, Beasley averaged 16.47 PPR fantasy points per game. With the additions of Allen Hurns and rookie Michael Gallup, everyone is forgetting Beasley. If the Cowboys' O-line implodes like it did at the end of last season, Dak Prescott could be looking to throw a lot of checkdowns, which will benefit Beasley and Ezekiel Elliott.

Beasley has a 23rd-round ADP, but if Dak can’t produce a good rapport with Hurns or Gallup, Beasley could be Prescott's top target.

Moncrief never saw the usage he was supposed to in Indy, largely due to injuries for both himself and QB Andrew Luck. In 2015, when he was last healthy for all 16 games Moncrief posted a 64-733-6 line on 105 targets. Now he’s off to Jacksonville and getting paid a hefty and fully guaranteed $9.6 million for one year. With that kind of investment, it's hard to believe he won't be a starter for the Jags. If he proves he is healthy and gets on the same page with QB Blake Bortles, Moncrief could have the best season to date.

He is currently coming off the board around pick No. 250, but if he breaks out and becomes a WR2 for your team, you just hit it big. Moncrief could become Bortles' favorite wideout in camp. The Jaguars' depth chart has only Marqise Lee, Keelan Cole and Dede Westbrook in front of him. Moncrief has prototypical size and traits to be a very dependable possession receiver. This could be the year he puts it all together on the field.