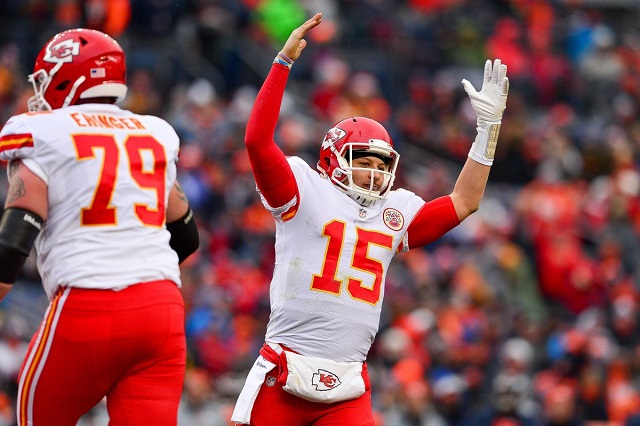 Giants' Evan Engram won't be better than a top-10 TE

The Ole Miss product finished his rookie season as the No. 5 tight end in standard leagues and is being ranked among the top five at that position thus far. I think fantasy owners would be paying too much for last year's stats at that price point. Only Travis Kelce saw more targets than Engram among TEs last year, but that was largely due to the fact that Eli Manning had hardly any other dependable options at his disposal while Odell Beckham Jr., Brandon Marshall and Sterling Shepard were injured. Marshall has moved on, but Beckham and Shepard are back and healthy. Plus, hey, the Giants might be able to run the ball with some success this fall. How novel. Saquon Barkley is going to change that offense and hurt Engram's fantasy stock in the process.

Basically, he'll be a top-12 QB. Alex Smith was the No. 4 quarterback in fantasy last year, and here comes a QB who is a better fit in Kansas City's explosive offense and can beat defenses with his legs, too. Certainly, Mahomes isn't as polished or as safe as Smith, and he's going to create some ugly box scores as he makes his first full tour around the league. But with Kelce, Tyreek Hill and Sammy Watkins around, Mahomes should be chucking it deep often this season. Kareem Hunt will provide balance to this offense, and Mahomes is probably going to pick up a few hundred yards and a handful of touchdowns as a runner. He is a high-ceiling, low-floor prospect, but I think head coach Andy Reid will guide Mahomes toward fantasy goodness more often than not.

Texans' Lamar Miller will be a solid RB2

This is a bold call only because of the spectrum of possibilities for Miller in 2018. This seems to be at one end. At the other is the possibility that he takes a back seat to D'Onta Foreman or is even released prior to Week 1. I find that latter chatter kind of nuts considering the present makeup of Houston's backfield. Foreman is coming back from rupturing an Achilles tendon last November. The early reports on him have been optimistic, but that kind of injury isn't an easy one to get past and can change the trajectory of a player's career. After that, Houston is home to fellow rehabbing RB Tyler Ervin, the pedestrian Alfred Blue and the untested Troymaine Pope. At this point, it seems like the Texans have no choice but to rely on Miller. He wasn't especially effective last year, but he did end up as the No. 14 RB in standard leagues. He could do that again, especially if the Texans are smart and use him a little more often as a receiver.

Lions' Marvin Jones will be a WR1 again

This shouldn't be that bold, but since Jones sits 23rd in those consensus WR rankings, I guess it is. His 2017 season was no fluke. Jones displayed the big-play ability we all know he possesses. The only difference was he was more consistent from week to week. It culminated with a top-five finish among wideouts in standard leagues. The Lions didn't really add to their aerial attack during the offseason and barring a breakout campaign from Kenny Golladay, I don't see much changing with how they approach their offense. Therefore, Jones should continue to rack up week-winning plays.