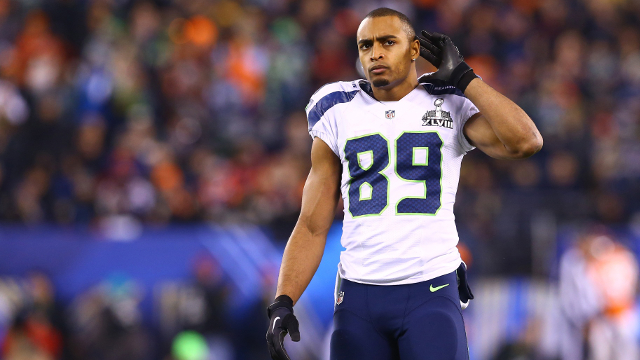 Miami threw the ball 49 times on Sunday against Buffalo. That's the game plan head coach Adam Gase seems to be going with lately whether it works or not. The Jay Cutler air raid resulted in DeVante Parker seeing his most targets in any game this year (12). That resulted in six catches (his most since Week 10) for 89 yards. The Dolphins continue to try getting Parker involved early and often and that is why I will KEEP Parker this week against the Chiefs, who are ranked 26th in passing yards allowed this season and have struggled consistently against No. 2 wide receivers.

It was a complete debacle from the start for the Seahawks in Week 15. They couldn't do anything right. Hopefully you were able to survive the bust performance from the Seahawks as a whole. Doug Baldwin has not had back-to-back single-digit scoring weeks since before his bye in Week 6. KEEP the faith with Baldwin and the 'Hawks in Dallas where both high-flying offenses will be in great conditions inside AT&T Stadium as Ezekiel Elliott returns for the Cowboys.

If you are in your championship game in Week 16, everyone whom you won't start is cutable. Robby Anderson may be on a lot of playoff rosters, but now in Week 16, we can CUT him as he will face the Chargers' stout pass defense along with cornerback Casey Hayward. Anderson has Bryce Petty throwing him the ball, which will make the big-play threat irrelevant in this week's matchup.

Jaguars wide receiver Marqise Lee went down with a sprained ankle Sunday and will likely miss Week 16 as well. Making the most of this new opportunity is Keelan Cole, who has now scored in three straight games and just totaled 186 yards versus Houston. Now the Jags will travel across the country to San Francisco. The 49ers' defense has certainly played better over the past month, and while I would say Blake Bortles is a below-average QB, the Jaguars' offense has been able to move the ball through the air without their star running back, Leonard Fournette. ACQUIRE Cole, who is a sure flex play in Week 16.

Have questions about other players or want to have your player featured in next week's edition? Follow me on Twitter @sports4u_ASL and let me know who you want to read about!