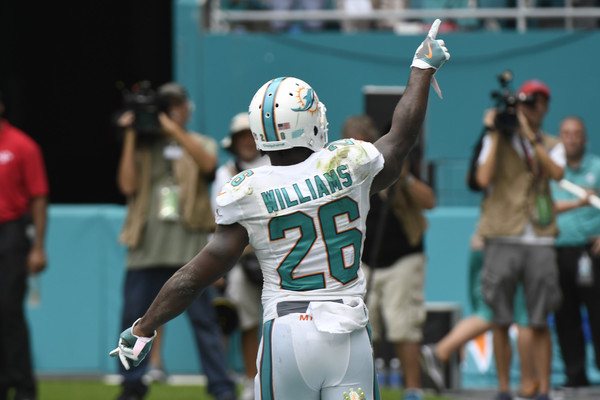 Tune out the haters this week if you’re looking for a serviceable running back. Dolphins RB Damien Williams isn’t so hot when it comes to running the ball, but he shows terrific skills catching the ball out of the backfield for Jay Cutler. Williams has established himself as the pass-catching back to own after running back Jay Ajayi turned his fins into Miami for some new feathers in Philadelphia. Williams hauled in six receptions for 47 yards and touchdown and those are the kind of numbers you need this late in the fantasy season. As long a Cutler is calling the plays in Miami, Williams can help short-handed fantasy teams during the second half of the season.

Guess who’s back on the practice field? Ravens RB Danny Woodhead is on target to return to the league for Week 11. Woodhead is by far the best running back on the Ravens' roster and could provide a major spark for any fantasy lineup coming down the stretch. Because of his great hands and a questionable offensive line, Woodhead would instantly become the checkdown option of choice for a banged-up Joe Flacco. If you have space on your bench, this may be the time to snag Woodhead.

I have held off on placing Robert Woods on the waiver wire pickup list all season long for one reason: HE DOES NOT SCORE TOUCHDOWNS. Woods sees plenty of targets and catches his fair share of balls, but he never seems to make it into the end zone. Then the Rams strolled into the Meadowlands to face the little Giants, and Woods went wild. He torched the Giants for four receptions, 70 yards and two touchdowns. One of those touchdowns was one of the worst defensive plays of the year for any team as the G-Men allowed Woods to score on a third-and-33. Woods is pinned on the fantasy map again in PPR leagues, but he’ll need more TDs to be considered in standard formats.