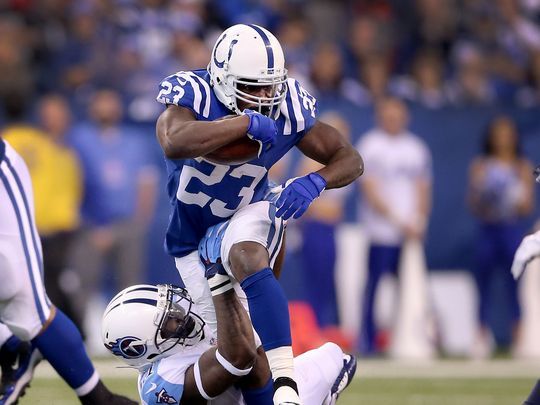 After coming off his best game of the season last week against the Bengals, I hate to put Colts RB Frank Gore on the bust list this week. The ageless one rushed for 82 yards on 16 carries last week and caught four balls for 19 yards, breaking the 100-yard mark for the first time all season. However, a repeat performance is NOT in the cards for Gore this week as Indianapolis travels to Houston to take on a stout Texans run defense. Gore is barely holding off Marlon Mack at this point and is unlikely to find any running room on the field against Houston. Gore will be a check down option for sure, but the numbers likely won’t be high enough to help your fantasy squad.

It’s one thing to squeak out a win against the Jets 22nd ranked pass defense on a rainy day in New Jersey, but Falcons QB Matt Ryan will really have to get his act together if he wants to score a win on the road during Week 9 against the Panthers 6th ranked pass defense. Ryan managed his second two-touchdown game of the season against the Jets, but he is a shadow of the quarterback who threw 38 touchdowns and just a shade under 5,000 yards last season. Look for the Panthers to limit Ryan to just one score and somewhere in the range of 250 yards passing.

LeGarrette Blount fantasy owners could be in some trouble for the remainder of the season after the team signed Jay Ajayi from Miami. To make matters worse, the Broncos top-rated run defense is coming to town this week and Denver has not allowed ANY rushing touchdowns at all this season. Blount rushed 16 times for 48 yards and touchdown last week against the 49ers, but the Broncos run defense is no joke. Keep this bruiser out of your fantasy lineups and on the bench.