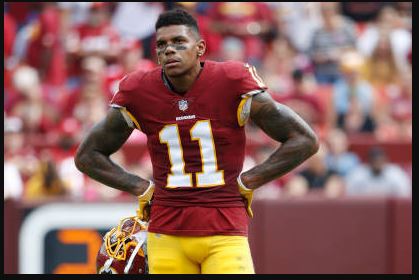 Get all the info on NFL betting for Week 9 games.

After a hot start with his new offense --134 yards and two TDs back in Week 6 -- Adrian Peterson put up only 21 rushing yards the following week when the Cardinals were shut out by the Rams and lost Carson Palmer in the process. Drew Stanton is a bit old at 33 but has shown that he is capable of filling in for Palmer, and head coach Bruce Arians' offense typically allows a strong-armed quarterback to have success. Peterson has a very favorable matchup versus San Francisco in Week 9, but then the road gets rough for the 32-year-old back. Peterson will have to face Seattle, Houston, Tennessee and Jacksonville, among others, in the coming weeks. Still, with David Johnson uncertain of when he will return from his major wrist injury, KEEP Peterson as an RB2/3 position going forward. I would also KEEP his teammate Larry Fitzgerald as an honorable mention.

The Redskins seem to be committed to head coach Jay Gruden for the next couple of years, but Gruden doesn't seem committed to Terrelle Pryor. Neither am I. Pryor has given his owners two decent fantasy performances through eight weeks. Despite his apologies on social media this past week, Pryor was targeted only one time against the Cowboys on Sunday. He played only 20 total snaps in a game that saw the Redskins struggle as a whole. Josh Doctson replaced Pryor in the offense, but even Doctson was unimpressive as he recorded just one catch, albeit a touchdown. Chris Thompson is the only bright spot in this disappointing offense. CUT Pryor as he cannot be trusted in any league.

Wondering how you can possibly replace a letdown like Pryor? Robby Anderson is owned in only 29 percent of Yahoo leagues. It is time to start believing in Josh McCown and his connection with Anderson for the rest of 2017. Anderson's speed sets him apart and gives him massive big-play ability, which he showcased Sunday on his way to a healthy 6-104-1 line against the Falcons. He has seen at least five targets in every game this year but one and clearly has McCown's eye. With beatable defenses such as Buffalo and Tampa Bay on the horizon, ACQUIRE Anderson. He will turn in more booming box scores down the stretch.

Frank Gore has been a beast and has had a relatively healthy career, but Marlon Mack isn't waiting for Gore to get injured or retire; the rookie's workload has continued to increase because of his ability and situation. The Colts are not a good football team, and bad football teams play from behind a lot, forcing them to throw. That's where Mack can be productive for your fantasy team. The rookie took on a season-high 14 touches Sunday, accruing 63 yards and a score in total. Thirty-six of those yards came on his three receptions, and Mack has secured seven passes over the last two weeks. ACQUIRE Mack, who can put his all-around skill set to work, especially if the Colts trade away Gore or their top receiving threat, T.Y. Hilton.